Year In Review: Richmond artists adapts to COVID-19, highlights of 2020

Many artists have transitioned to digital mediums during the pandemic.
Jan 2, 2021 8:10 AM By: Valerie Leung 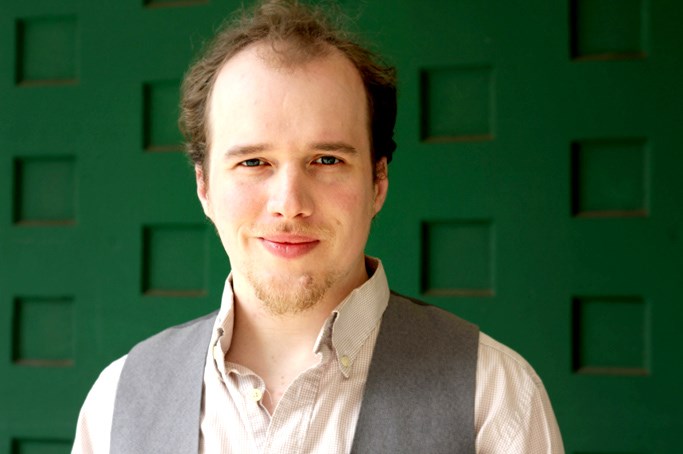 Andrew Wade is the executive director of the Richmond Arts Coalition.Andrew Wade

The pandemic had no mercy when it came to shutting down many businesses at the beginning year and the art industry was no exception.

Andrew Wade, executive director of the Richmond Arts Coalition, said this year has been a tough year for local and international artists, but the Richmond arts community has “rolled with the punches” to find ways to still create art during the pandemic.

“People have been switching careers out of the arts this year, which is not fantastic, but others have learned to adapt to the challenge,” said Wade.

“In our city we still have the Richmond Art Gallery remaining open with a new exhibit, as well as events like the Richmond Maritime Festival and Songs in the Snow that have taken the online approach.”

Wade noted that moving certain art mediums to digital work doesn’t necessarily work well for all artists. But those who have adapted to the digital world have created amazing projects including digital collaborations with other artists.

When asked the direction he sees the art community going for 2021, he said he hopes restrictions will loosen come summer time where smaller audiences will be allowed for live performances and events. He encourages people to visit the Richmond Art Gallery or do a mural “art crawl.”

“Events are a bit of our lifeline for next year when we, hopefully, have full vaccinations and are allowed to have proper public events in the city,” he said, adding that for the time being he sees online performances for the public and online lessons for schools will be the way to go.

Nine artists came together to create an audio play of Little Women to send a message of support to others during COVID-19. The project eventually became some more of an emotional support piece for each other.

The six-installment play, said the Wymingas, hopes to present a sense of familiarity and a sense of home with the holiday season approaching even though many families cannot celebrate together because of physical distancing restrictions.

Richmond’s Gateway Theatre hosts their annual holiday show virtually this year to help residents stay connected through a sing-a-long tour of the theatre’s past successful productions.

The show includes performances from The Sound of Music, Annie, The Music Man and more.

Richmond author Karen Dosanjh published the book Untold Stories: The South Asian Pioneer Experience in B.C. as a way to share the difficult journey South Asian pioneers went through to start a new life in Canada.

The stories and the book connect the older generation with today’s youths and start conversations between the two generations.

Musicians in China and Vancouver come together for virtual performance

Richmond-based company Poly Culture North America and the Vancouver Academy of Music collaborated in an online concert that featured classical works of Beethoven and Vivaldi, as well as a Chinese performance of Mongolian folk songs.

The performances were recorded separately and edited to appear as one single show.

Murals were painted at the Richmond Curling Club, West Richmond Community Centre and the Richmond Ice Centre this year through the city’s mural program.

Richmond-based Direct Theatre Collective offered a free, live-streamed performance as part of BC Culture Days for residents to watch from the comfort of their own homes.

The show’s purpose was to connect their audience together despite two of their productions having cancelled due to the pandemic.

Filmmaker Marlene Rodgers hosted a live screening of a documentary film, titled Dreams of the Dead, about her old family farm during BC Cultures Day.

The film’s goal was to resonate with other Richmond residents who have experienced changes in their neighbourhoods over time.

A memory project, in connection to the film, was launched for residents to share their special memories of their old homes.

Richmond’s Gateway Theatre had to close down due to pandemic restrictions like many other businesses, however, their academy took to the virtual world to keep students connected through online classes.

The video was produced with a combination of several scenes of the Steveston neighbourhood and Bharucha’s original song to reflect a “happy and positive community.”

The book talks about how implicit racism can affect young children and hopes to give people courage to openly talk and come to a better understanding about it with others.

Richmond resident Amanda Sum released her debut single in hopes to tackle societal norms. She hopes her music can uplift others and provide strength during these difficult times.

Recording artist Cole James released a latest song in hopes to raise funds to support Kory Naga, who passed away earlier this year. COVID-19 has been a challenging year for everyone, said James, and he hopes his song not only can help Nagata’s family, but also a way to change negative feelings into a positive and hopeful ones.

Thirteen-year-old Emelia Lupynis released her first single to inspire people during the difficult time. The song, said Lupynis, aims to offer support and positivity to those who are struggling to find the good during the pandemic.

Alex Tse, a Richmond musician, launched her debut singles revolving around the theme of a “comforting heartache” to share the feeling of joy, comfort and healing to others during a time of struggles. Tse hopes her songs can reach out to people and bring a smile to their face.

Boris Bilic, a Steveston-London secondary alumnus, took the chance to voice the importance of crisis centres through his documentary film at the Quarantine International Film Festival – a festival by filmmakers for filmmakers struggling during isolation.

The film draws attention to mental health resources, like the crisis centres, which are available for everyone during difficult times.

His film won the Best Documentary Film award at QIFF.

Fellow Richmond musicians and singers collaborated in The Isolation Sessions where they recorded duets while in isolation in their own homes.

The series kicked off with Jill Raymond’s fellow musical colleagues by recording videos and editing them into a video like a live recording.

The video not only feeds the artistic soul, but also brings a bit of sunshine into people’s lives during the pandemic.

Richmond resident Jason Sakaki took to social media to perform a one-man live stream show of Les Miserables in March, when theatre productions were all cancelled due to the pandemic.

Les Miserables was chosen to portray how Richmond residents and artists are going through a difficult time and the fear that the community would turn away from theatre during COVID-19.