Who knew there was such a thing as a Dead Letters Office? It’s a branch of Canada’s postal services where workers try to find the intended recipient of a letter that otherwise cannot be delivered or returned to sender.
Nov 29, 2020 10:00 AM By: Valerie Leung 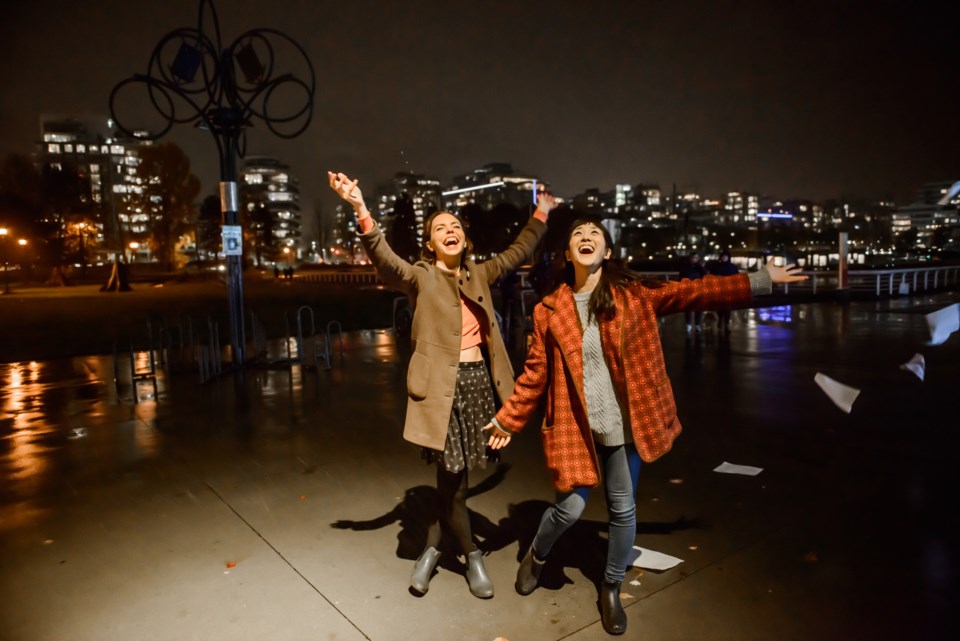 Keely O'Brien (left) and June Fukumura will be sending letters to audience members as part of their show, The Dead Letter Office, this month. Photo by: Marjo Wright

Who knew there was such a thing as a Dead Letters Office?

It’s a branch of Canada’s postal services where workers try to find the intended recipient of a letter that otherwise cannot be delivered or returned to sender.

It’s also the inspiration for a theatrical performance about finding connection.

“We’re really hoping this project will bring a sense of connection, excitement and creativity right to the audience’s homes,” said Keely O’Brien, a Richmond artist and one of the show’s co-creators.

The Dead Letter Office, a virtual performance by O’Brien and co-director June Fukumura, aims to fill the social interaction gap many have been feeling acutely during the pandemic, explained O’Brien.

Also, like the office itself, the artists plan to actually mail out letters to audience members as part of the show.

The co-directors of Popcorn Galaxies – a Vancouver-based experimental theatre company – got the idea to integrate a “snail mail” experience into their performance after learning about this office.

“Our work at Popcorn Galaxies includes audience participation and engagement so we hope we can reconnect the community in some way during the pandemic,” said O’Brien.

“It’s a challenging time and we can’t access arts and culture the way we did before, so we need a little bit of brightness in our days,” said O’Brien, adding that it has been difficult for people working in the theatre industry to get together because of the pandemic restrictions.

“We really hope the audience signs up for this snail mail experience because it unfolds as a correspondence between us as the performers and the audience members participating,” said O’Brien.

The Dead Letter Office is one of four performances taking part in an annual showcase called The Array, which is hosted by Upintheair Theatre.

For more information and to purchase tickets for the performance, visit http://www.popcorngalaxies.ca/