If there is anything artists know how to do, it is to adapt to situations, according to Shelby Wyminga, a Richmond resident and artist.
Nov 20, 2020 7:00 AM By: Valerie Leung 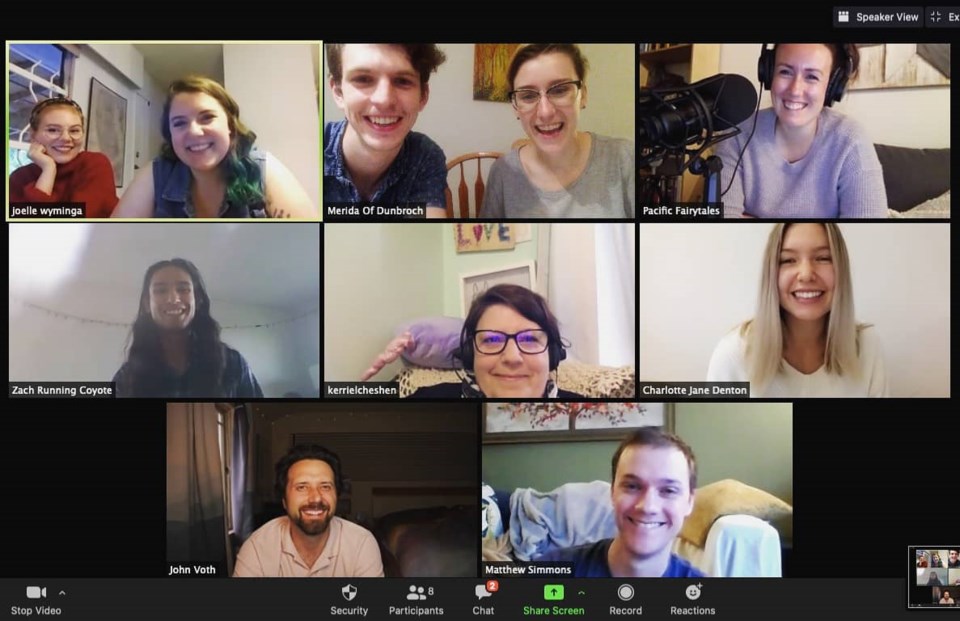 If there is anything artists know how to do, it is to adapt to situations, according to Shelby Wyminga, a Richmond resident and artist.

Wyminga help create an audio play for the upcoming holiday season, alongside her sister and fellow actors with Far from the Tree Productions – a Vancouver-based theatre company.

The audio play is an adaption of Louisa May Alcott’s famous Little Women and is being released in six weekly installments.

The project, said Wyminga, was initially something fun her sister Joelle Wyminga and other actors wanted to do after they lost their jobs because of the world-wide pandemic.

“The most exciting thing for me is the opportunity to be creative and adapt in a really weird world right now,” said Wyminga.

She told the Richmond News that the company just picked up momentum with their shows at the beginning of the year but was forced to go on a hiatus like everybody else in the theatre industry.

Despite the temptation to stop all work, Wyminga and her sister began planning the audio play project out of their love for the novel Little Women.

“I think Little Women is a very relatable story to people,” said Wyminga, adding that people can still take away different lessons from each of the sisters in the 150-year-old novel.

“There’s a huge push from people who want to go back to ‘normal’ during COVID-19 and that’s not possible so we hope we can offer a sense of comfort through this audio play.”

And while COVID-19 may have kept the theatre’s actors apart, said Shelby, the coordination of recording for the play was easier than they thought it would be with the help of Zoom.

Recordings were done virtually and compiled by a sound designer on the team.

“We came up with something that was really special, and it’s especially important to put something out in the world right now to give people who are struggling a bit of joy and hope,” said Shelby.

“We hope this is something that allows us to have that familiarity and a sense of home with the holiday season coming up.”

The first audio play was released on Nov. 14 with new episodes uploaded every Saturday until Dec. 19 and can be found on Spotify, Apple Podcasts and YouTube.

Sci-fi exhibition in Richmond showcases a world where touch is forbidden
Apr 30, 2021 7:00 AM