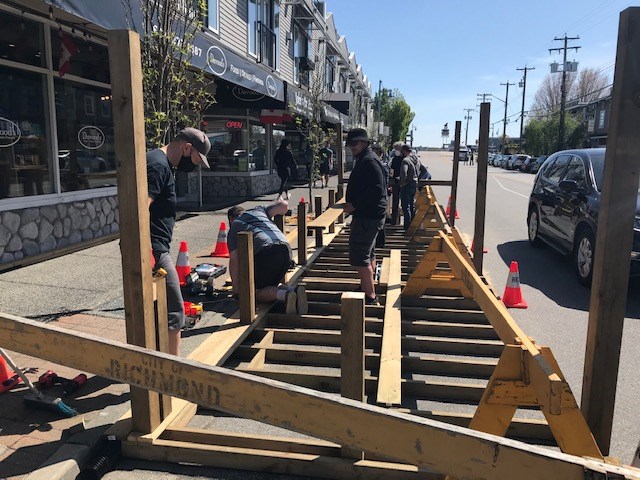 Davood's Bistro is opening a patio in Steveston since indoor dining is banned for now.Photo submitted

If you want to salmon, Indian food, food court meals or a pint of beer, about 20 Richmond restaurants and food and drink establishments have received temporary patio licences for outdoor dining.

Currently, indoor dining is banned by the provincial health officer, Dr. Bonnie Henry, to curb the spread of COVID-19, at least until after the May long weekend.

The City of Richmond is expediting temporary patio licences to allow restaurants to have patrons eating outdoors.

The city is working on about 20 other applications as well.

Owner Davood Khatami said he hopes his patio adds to the ambiance of Steveston Village; he also wanted to see the street in front of his bistro turned into a one-way to allow for more patios and room for pedestrians.

Richmond council to decide on food truck's fate in Steveston
May 7, 2021 1:48 PM
Comments