Nine patio applications have been approved by the City of Richmond and 14 are under review
Apr 23, 2021 3:47 PM By: Maria Rantanen 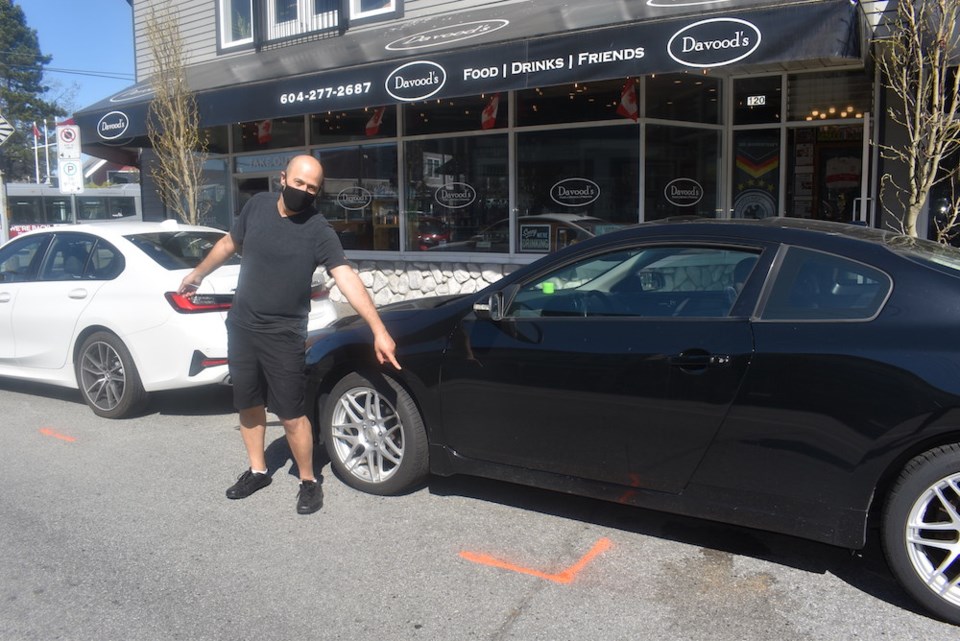 Davood Khatami expects a construction crew in front of his Steveston bistro on Monday.

With approval from the City of Richmond for a patio that will take over a couple parking spots in front of Davood’s Bistro on No. 1 Road, Khatami hopes his outdoor seating will add to the ambiance of Steveston Village.

His next dream is getting the city to convert the street in front of his bistro into a one-way to slow down traffic, make it more pedestrian friendly and add character.

With sidewalk patios blossoming in Vancouver – especially during the pandemic - Khatami is pleased to see the same trend coming to Richmond.

Besides, the sidewalks in Steveston are “too narrow” for seating, Khatami said.

“Hopefully everyone follows (making more patios) and we add great character to Steveston and Richmond,” Khatami said. “Just like Vancouver – people love it.”

Khatami wants to put lighting on his patio and there will be a fence around it for safety.

“I’m glad the city saw the vision finally and realized what we were trying to do,” Khatami said. Safety, however, remains top priority for his bistro, he added, so the patio won’t add a lot of seating because of physical distancing rules.

“The idea is not to have a party outside… we have to consider safety in all this.”

The city is seeing an uptick on patio applications this year after a slow start to the program at the beginning of the pandemic.

As of Thursday, nine temporary outdoor patio permits had been issued and another 14 were under review.

Two patios applied but, because they already had been approved, they were allowed to continue.

This year, many of the applications are onto city property, noted city spokesperson Clay Adams, “which is in keeping with the intent and option for those businesses which may not have suitable room for a patio within their existing footprint.”

Currently, all indoor dining is banned because of rising COVID-19 cases in the province – BC Centre for Disease Control reported 210 new cases last week in Richmond alone and the hospital’s ICU beds were at 95 per cent capacity earlier this week.