Richmond council to decide on food truck's fate in Steveston

A hearing on May 17 will be held to see if Shameless Buns' Richmond business licence will be pulled.
May 7, 2021 1:48 PM By: Maria Rantanen 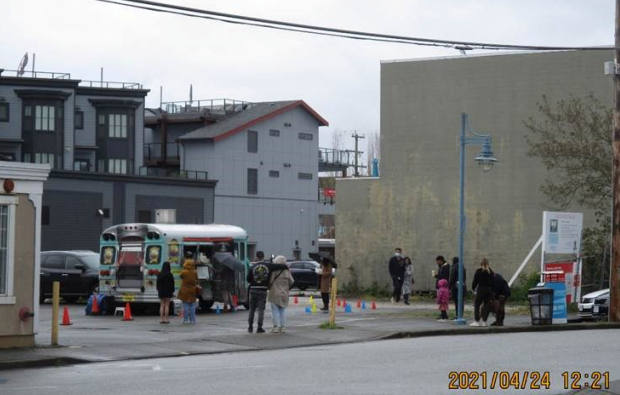 Shameless Buns has been operating in Steveston, but whether they will be able to continue will be up to city council.City of Richmond photo

City of Richmond staff have recommended the business licence be pulled for a controversial Vancouver food truck that has been operating in Steveston.

The recommendation, which will go before city council May 17, is based on claims they are in non-compliance with zoning and are contravening parking regulations.

The food truck operator, however, says the city is trying to “strong arm” them to relocate after a few businesses complained about their operations in Steveston.

Shameless Buns, a food truck serving Filipino cuisine has been operating in the parking lot of Steveston Hub and in an industrial area off Knight Street for a couple months.

The decision to pull the licence is ultimately up to city council.

Corvette Romero, co-owner of Shameless Buns, said after they received their business licence, they planned their entire summer and turned down other events with the plan to be in Steveston once or twice a week.

Romero questioned how other food trucks can operate in parking lots – like at Canadian Tire – and how the farmers market operates in a parking lot, but they aren’t allowed to operate in the parking lot of Steveston Hub.

Romero said they pay Steveston Hub $250 to be on their premises and this helps to support the non-profit that offers co-working space.

City spokesperson Clay Adams explained, while Shameless Buns was given a business licence to operate in Steveston, there is an expectation they will comply with the applicable bylaws.

“We identified an area of non-compliance with the licence and the zoning bylaw scenario and gave them an option to relocate so they could continue to operate in the area but, unlike another operator, they chose not to,” Adams said.

However, documents posted with the review hearing report include Shameless Buns’ application with drawings that show they planned to operate in the Steveston parking space. The plan, however, includes using the adjacent empty lot for a lineup to the business.

The city offered Shameless Buns the opportunity to relocate to Britannia Heritage Shipyards, an offer accepted by Salty’s Lobster Shack, but Romero said the foot traffic isn’t sufficient at that location.

Shameless Buns brings a following with it, she added, and their Filipino cuisine is unique to Steveston.

It feels like the city is “digging in its heels,” Romero said, and they’ve already made up their minds although they did their “due diligence.”

“They are using this bylaw to strong arm us,” she said.