Woman speaks out about alleged assault at Richmond SkyTrain station

The Metro Vancouver Transit police confirmed that they are actively investigating this incident.
Jan 26, 2021 1:30 PM By: Nono Shen 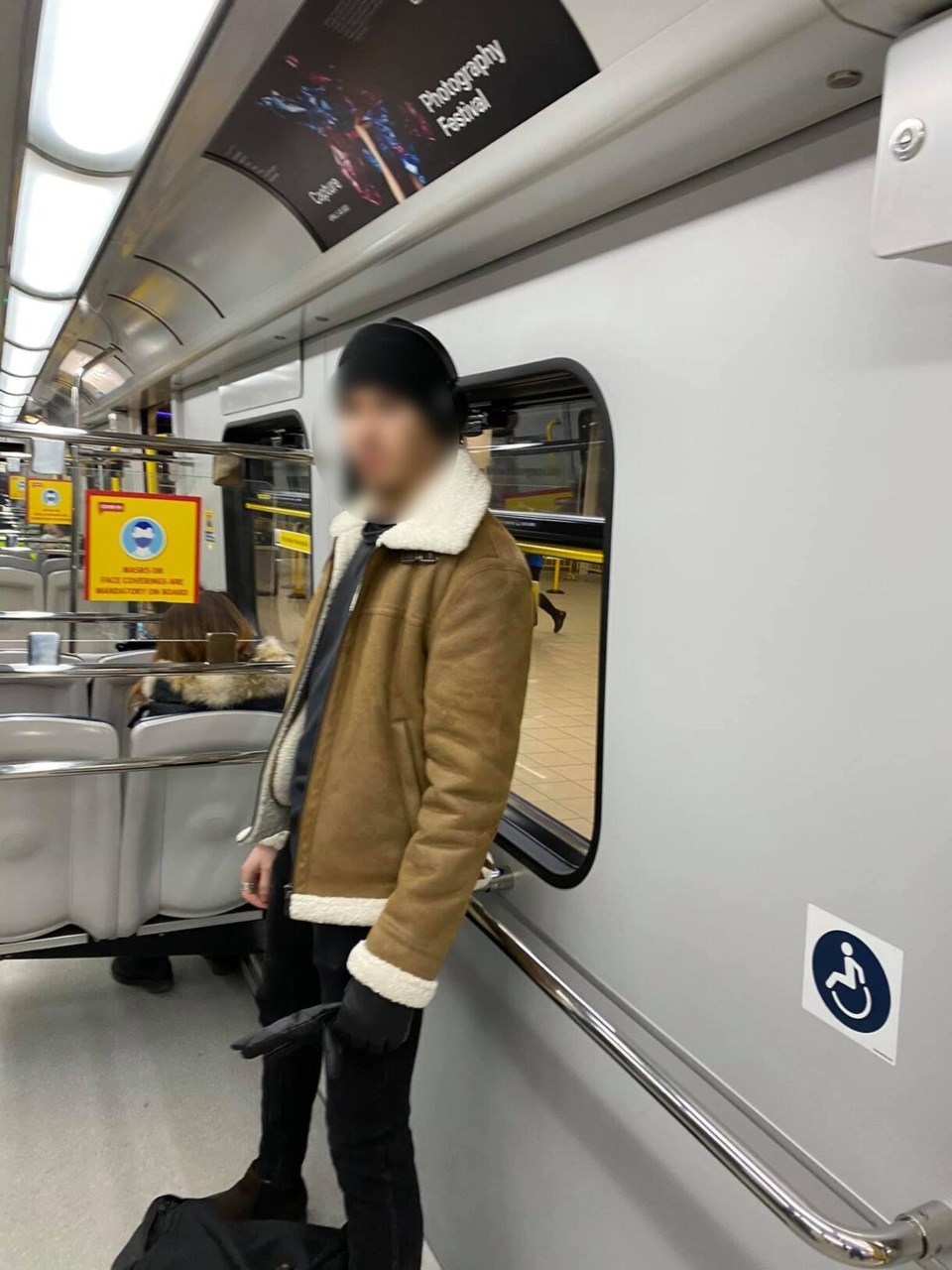 Shannon Pang took a photo of this man, who she alleges pushed her to the ground unprovoked at the Richmond-Brighouse Station.Image via Shannon Pang / Facebook

A woman is speaking up after allegedly being pushed to the ground by an unmasked man at the Richmond-Brighouse Station.

The incident took place around 5:30 p.m. on Jan. 22 at the Canada Line station in central Richmond.

Mike Yake, a transit police spokesman, said the victim alleges she was walking down the stairs, leaving the station, when the suspect who was walking the other way, made eye contact and walked straight into her causing her to fall backwards onto the stairs.

The woman who identified herself as Shannon Pang on Facebook later posted her experience on her Facebook page.

"I'm not seriously hurt other than my emotions. Many bystanders witnessed this and did nothing, said nothing. And the man who did this simply walked over me and boarded the train," the posting reads.

"After getting up, I ran after him and yelled at him asking why he pushed me down. I will also add this asshole was not wearing a mask. He just looked at me with a smug look and said nothing...Witnesses on the train during this confrontation also were present and did nothing," reads the Facebook post, adding that she was feeling angry and "somewhat helpless" following the incident.

"Maybe I should have stayed on the train while I called the police so they could catch him. What if I had done something differently," added Pang.

Pang's post has been shared more than a thousand times online and attracted attention from the media. Pang said she was overwhelmed by the responses she has gotten so far.

"Thank you to those who have shared their personal stories, you are incredibly brave. It takes courage to be vulnerable. We all deserve to feel safe walking in our city and taking transit," wrote Pang.

The Metro Vancouver Transit police confirmed that they are actively investigating this incident.

"Anyone with information regarding this suspect's identity or who witnessed the situation are asked to contact the Metro Vancouver Transit Police at 604.515.8300 or text us at 87.77.77," said Yake.

Yake describes the suspect as a Caucasian male being in his 30's standing approximately 6'3" with a slim build and dark brown hair. The man was wearing a black toque, beige jacket with white trim, skinny black pants and black shoes at the time of the incident.

The Transit Police asks the public not to attempt to confront unmasked passengers. Instead, just do your best to physically distance from them.