Richmond resident Chris Cardoza said he tried to stop the woman from driving away, adding that he thought she was impaired
Apr 21, 2021 3:28 PM By: Alan Campbell 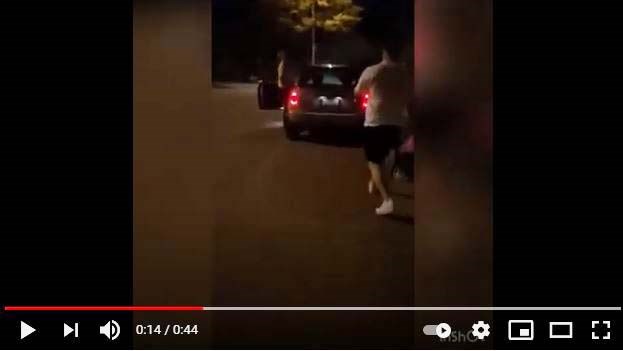 A Richmond resident captured on video the apparent aftermath of a hit and run involving what he believes was an impaired driver.

Chris Cardoza said he was chatting with his brother and friends outside his complex on McNeely Drive – near No. 5 and Cambie roads – around 9:30 p.m. on Tuesday when they heard a sickening crash nearby.

Cardoza said they walked over the street to where he said a Mini Cooper had crashed into a red Nissan Crossover.

“We went to check on the driver to see if she was ok,” Cardoza told the Richmond News.

“She got out and claimed everything was fine and was babbling about stuff. She seemed very incoherent and she seemed like she was either drunk or possibly high.

“We tried to get her to stay but (she) claimed it was a minor scratch and that she will contact the owners. Then she drove off immediately.”

Cardoza, who filmed his approach to the driver, said other neighbours with cars parked in the area came outside, also after hearing the bang.

In the video, the driver could be heard muttering “it’s not bad” and “it’s ok” before taking off.

He said he sent the video to his neighbours who were concerned about damage to their car, understanding that they would contact the RCMP.

Cardoza has reported the matter to ICBC and is in the process of sending the video to Richmond RCMP, complete with the hit and run driver’s license plate.

As the RCMP had not yet received a report by Tuesday lunchtime, they said they were unable to comment.