The missing senior’s daughter said her heart is filled with thankfulness for the RCMP for their work on the investigation as well as their support for the family.
Apr 20, 2021 5:46 PM By: Nono Shen 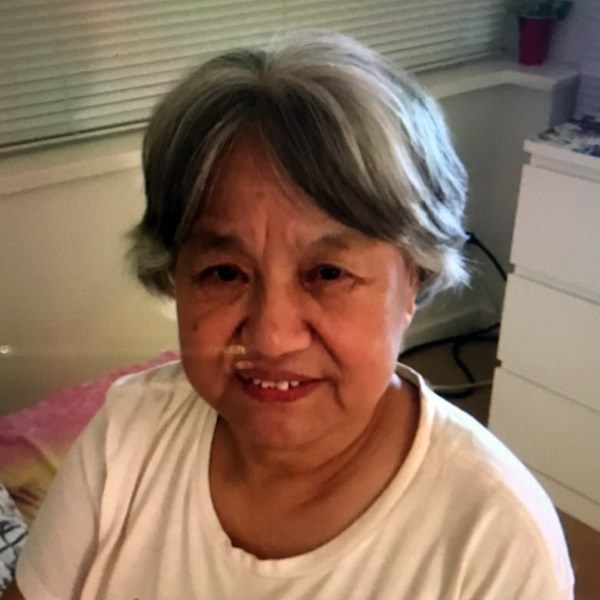 Richmond RCMP is still looking for Feng Qin Zhou, a 75-year-old woman who went missing more than a year ago. Submitted photo

Richmond RCMP is still looking for Feng Qin Zhou, a 75-year-old woman who went missing more than a year ago.

Numerous investigators, along with various specialized units, have searched for Zhou and followed up on numerous leads since she was first reported missing by her daughter, RCMP said in a news release. However, Zhou’s whereabouts still remains unknown despite all these efforts.

“My heart goes out to Ms. Zhou’s family, and I want to assure them we have followed-up on every lead, including combing through hours of video surveillance in an effort to locate Ms. Zhou,” said Inspector Michael Cohee, officer-in-charge of Operations Support.

“The outpouring of community support at the time was amazing, however, as time passes our avenues of investigation diminish. We are hoping this release may help jog someone’s memory or help us identify new leads.”

Marking the anniversary of Zhou’s disappearance is not something her family looks forward to.

Although it has been challenging for Julie Zhang, Zhou’s daughter, she still keeps seeking answers and remains hopeful that her mother will be located one day.

“My mother has been missing for more than a year and is still not found. No words of pain could describe those bone-deep pains I suffer. Every day I do introspections and pray to God that I would rather live ten years less in exchange for my mom’s safety,” said Zhang.

“I believe that Chinese [proverb]: ‘God rewards and blesses the good.’ So, I believe my mom must be safe somewhere. Never give up!”

Zhang added that her heart is filled with thankfulness for the RCMP for their work on the investigation as well as their support for the family.

Zhou is described as an Asian woman, five feet tall with brown eyes and white hair. She was last seen wearing a pink long sleeve shirt, a long black hooded coat, black pants, and pink shoes. Police said she could only speak Mandarin and may appear confused and disoriented.