A female cyclist was hit by a pickup truck towing a trailer on River Drive
Apr 13, 2021 8:28 AM By: Kirsten Clarke 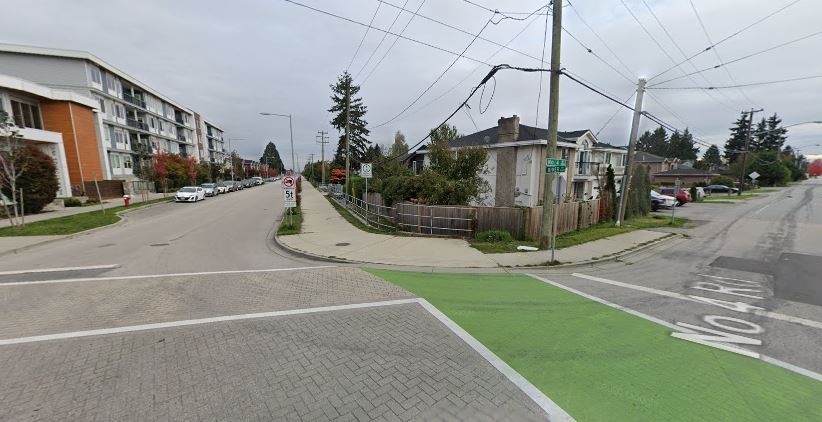 A female cyclist was hit by a white pickup truck towing a trailer on River Road, near No. 4 Road, according to Richmond Mounties.Google Maps screenshot

Richmond RCMP is appealing for witnesses after a cyclist was left badly injured after she was hit by a pickup truck.

Mounties say that, shortly before 9 a.m. on March 17, a frontline officer was patrolling near River Drive and No. 4 Road when he came upon a female cyclist, who was lying on the road in “apparent medical distress.”

An investigation into the collision revealed that the 45-year-old woman was hit by a “white, newer model pickup truck that was towing a large trailer” as she entered onto River Drive on her bike from a nearby pedestrian walkway, said Richmond Mounties in a statement issued Tuesday.

The cyclist was transported to hospital where she was treated for serious, but non-life threatening injuries.

“The female cyclist involved in this collision was injured quite badly,” said Richmond RCMP’s Cpl. Ian Henderson, in a statement.

“Fortunately, one of our frontline officers came upon her during routine patrols and was able to offer assistance. Our investigators would really like to speak with the driver of the vehicle involved.”