Gateway Theatre would like to have a mural on its wall facing Gilbert Road.
Feb 18, 2021 3:36 PM By: Maria Rantanen 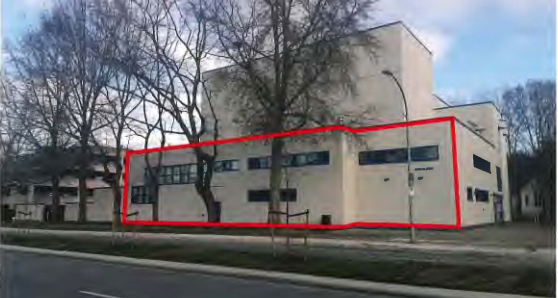 Gateway Theatre would like a mural on its wall facing Gilbert Road.City of Richmond illustration

Richmond could get six more outdoor murals by September - if approved by city council – one at Gateway Theatre, four at local public schools and one at an industrial site on Mitchell Island.

Eleven applications received by the City of Richmond were whittled down to five finalists. Gateway Theatre is the sixth and is asking to self-finance a $20,000 mural, which will be on its Gilbert Road-facing 2,500-square-foot wall.

Lehigh Hanson, which manufactures construction aggregates on Mitchell Island, has proposed a mural on a 1,050-square-foot space at its entrance with themes of local ecology and environmental sustainability.

McMath secondary and Thompson, Homma and Westwind elementary schools were also chosen for murals, which range in cost from $5,000 to $17,000.

McMath secondary would receive $8,000 from the mural program and would contribute $9,000 itself to the mural on the south facing wall, which is 1,400 square feet in size.

The mural program is on the agenda for next week’s parks, recreation and cultural committee agenda.