An event in Canadian history revealed through an audio play project.
Feb 10, 2021 7:00 AM By: Valerie Leung 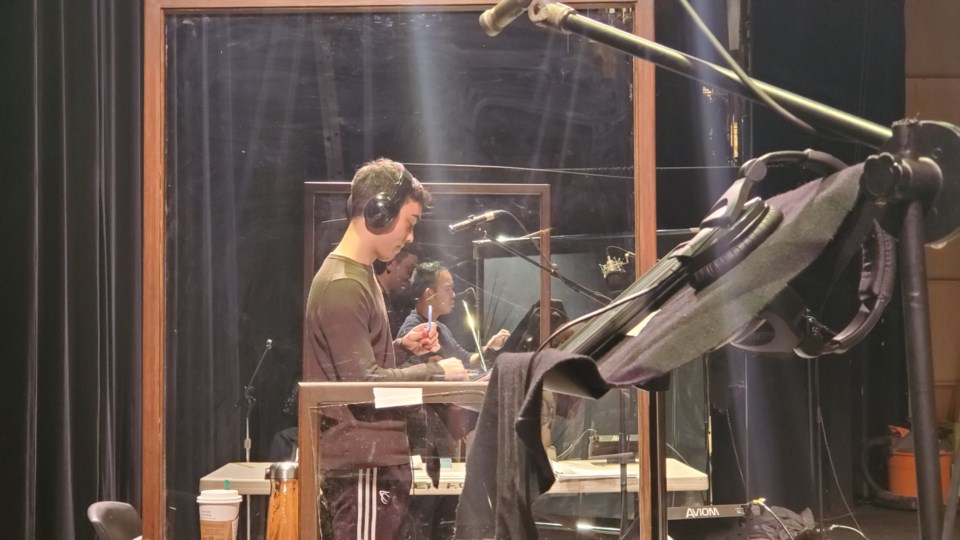 Canadian history is filled with many exciting and interesting stories, but one event horrified a Richmond actor when he joined an audio play project.

Local actor Jason Sakaki was fascinated, yet horrified, to learn about a part of Canada’s history, which he said was “essentially a purge of the gay community out of public service,” portrayed in the play he was taking part in, Night Passing.

The audio play takes place in Ottawa in 1958 during the Cold War and revolves around the surveillance of the LGBTQ community, particularly people who worked in government.

At the time, it was believed those who were gay or lesbian could easily be blackmailed by the Communist Party for information so action was taken to remove anyone working in government who was part of the LGBQT community.

Sakaki plays the character of Alexandro, a tailor who is “living in his best technicoloured life” working in his parents’ tailor shop during the 1950s.

He meets and falls in love with lead character Elliott, a public service worker whom the RCMP is trying to remove from the office.

“It’s quite a heavy story but it’s told in a way that’s endearing and really true to what gay people would have experienced at that time,” said Sakaki, adding even though the characters are fictional, “there is no doubt someone similar to these characters had to live through these events during that time.”

He called the purge of LGBTQ public servants “horrific” and said he had “absolutely no idea” before getting involved in this project these events even occurred in Canadian history.

“Once I got into the show I started doing more research … and learned what gay people had truly experienced at that time.”

Sakaki told the Richmond News he believes it’s good for the public to see how far the community has come.

“It’s important that we acknowledge our history and not only the fact that the purge of the LGBTQ community happened in America, but it was also really present in Canada and we often forget that.”

Sakaki’s play is one of four audio plays that is part of the project called Listen to This: Audio Plays, which is organized by Vancouver-based Arts Club Theatre Company.

Each play will be published online weekly starting March 17 at Artsclub.com/