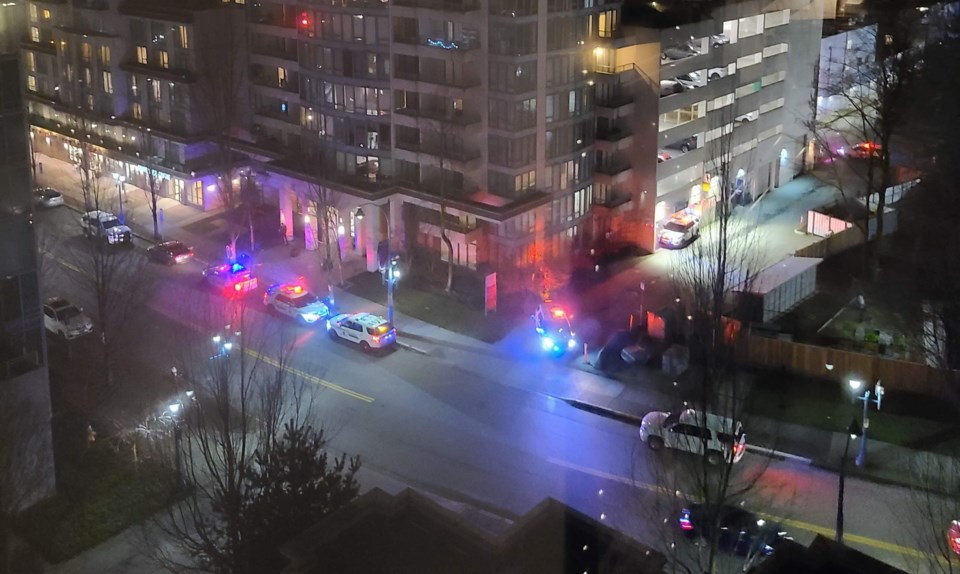 There was a massive police presence around a Richmond hotel on Thursday night after the RCMP received a “weapons call.”

Readers contacted the Richmond News around 8 p.m. with pictures of what appeared to be at least eight RCMP squad cars surrounding the Executive Inn on Westminster Highway at Alderbridge Way.

One of the pictures, taken from a neighbouring high-rise, shows the vehicles apparently strategically placed at exit points from two sides of the hotel. It’s not clear whether there were more police positioned on the other sides of the hotel.

However, Richmond RCMP told the News that, after responding to the call, officers “secured and searched the area, however, neither the individuals allegedly involved nor any weapons were located.”