RCMP wait 97 minutes on average with patients at hospital

Supt. Will Ng said it's challenging not having a holding room for mental-health patients at Richmond Hospital
Jan 12, 2021 6:50 PM By: Maria Rantanen 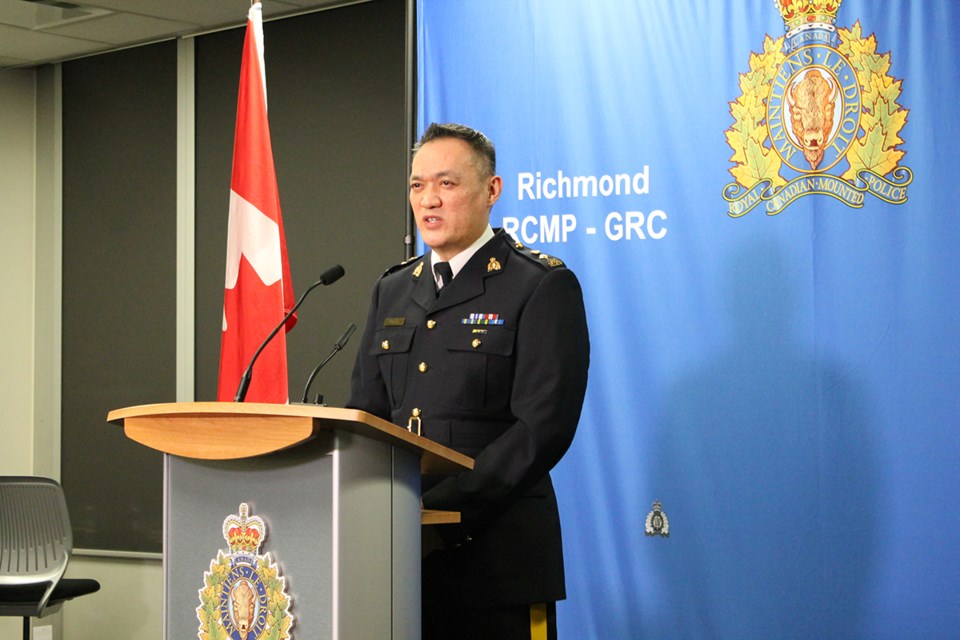 Superintendent Will Ng with the Richmond RCMPValerie Leung

Richmond RCMP spent on average 97 minutes at the hospital in November when they had to bring in a mental-health patient.

This was the highest average time in 2020, but Richmond RCMP’s officer-in-charge Supt. Will Ng said they have been working on the process and have reduced this by about 30 minutes.

Security staff at hospitals don’t necessarily have the proper training to deal with mental-health patients, he added, so police have to make sure there’s a proper “handoff” and that the patient is secure.

If someone escapes from the hospital, it takes up even more police resources than just waiting until they are handed over to hospital staff, Ng explained.

Last year, a mental-health patient escaped from the hospital and stole a police cruiser.

“That caused quite a melee down the street,” Ng said. “So, we want to prevent those kinds of incidents from happening.”

Ng said they are working with the hospital to get a room where mental-health patients could be secured.

Having the mental-health car, Fox 80, with a police officer and mental health nurse working together, however, has streamlined the process, Ng added. Often, mental-health patients can get direct entry to the hospital if the nurse knows the patient, he elaborated at Tuesday’s committee safety meeting.

There were 135 mental-health calls in November in Richmond.