Evan Dunfee is using the unusual record attempt as part of his preparation for the Olympic Games in Tokyo
Apr 20, 2021 3:34 PM By: Alan Campbell 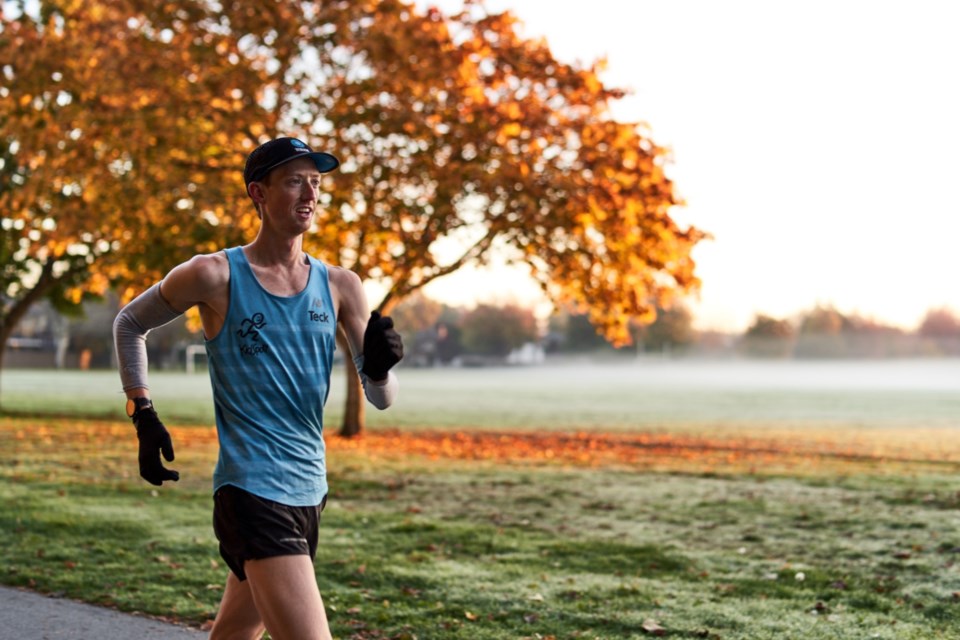 As the pandemic continues to cause chaos around the world, Richmond’s racewalking Olympian Evan Dunfee is still training and preparing for Tokyo 2020 – and that includes a world record 10K attempt on a treadmill this weekend.

Dunfee – best known for incredible sportsmanship when giving up a potential bronze medal at the Rio Olympics 2016 – is still hoping to get vaccinated in time for this year’s re-arranged Games in July and August.

The 30-year-old told the Richmond News earlier this spring that he would refuse any Covid-19 vaccine offered to Olympic athletes ahead of their “turn” in the national and provincial roll-out, a move that had been requested of governments by the International Olympic Committee (IOC).

And Dunfee said he’s still standing by that assertion, as he gets ready for a tilt this Saturday at the Olympic Oval to racewalk 10 kilometres on a treadmill to inject some fun into Team Canada’s Olympic preparations.

“The Games are still going ahead it would seem, but we still haven’t had any information on what those last few weeks before it will look like,” Dunfee told the News on Tuesday.

“I’m training as if I’m going. If the Games are on, I will be there.

“It’s looking like I will be able to get my first (vaccine) shot in June. I’m optimistic my number will come up in due course.”

Dunfee said Saturday’s official attempt at recording a treadmill 10K record (although, admittedly, it’s never been tried before) will be carried out via video link in front of Canadian racewalking judges, to make sure he’s sticking by the rules of his sport.

“Probably not (going to beat that). I’m not in the shape that I would have been in for that record. My goal is to get in under 40 minutes,” added Dunfee, whose specialty in the Olympics is the mammoth 50-kilometre race.

The world record attempt will be shown live via Youtube on the day. Watch for the link and updates via Canadian Racewalking social media links (@CRacewalking on Twitter and @CanadianRacewalking on Instagram) or via the Virtual Event website.

The second rule requires that the supporting leg must straighten from the point of contact with the ground and remain straightened until the body passes directly over it. Judges can warn or disqualify a walker for not adhering to these rules.

In the 1860-1880s, competitive walking, called ‘pedestrianism,’ was the most popular sport in North America and led to what is now called racewalking.