A Richmond-based animal charity is asking the public to dig deep after rescuing dozens of kittens and cats from a hoarding situation.
Apr 13, 2020 12:59 PM By: Alan Campbell 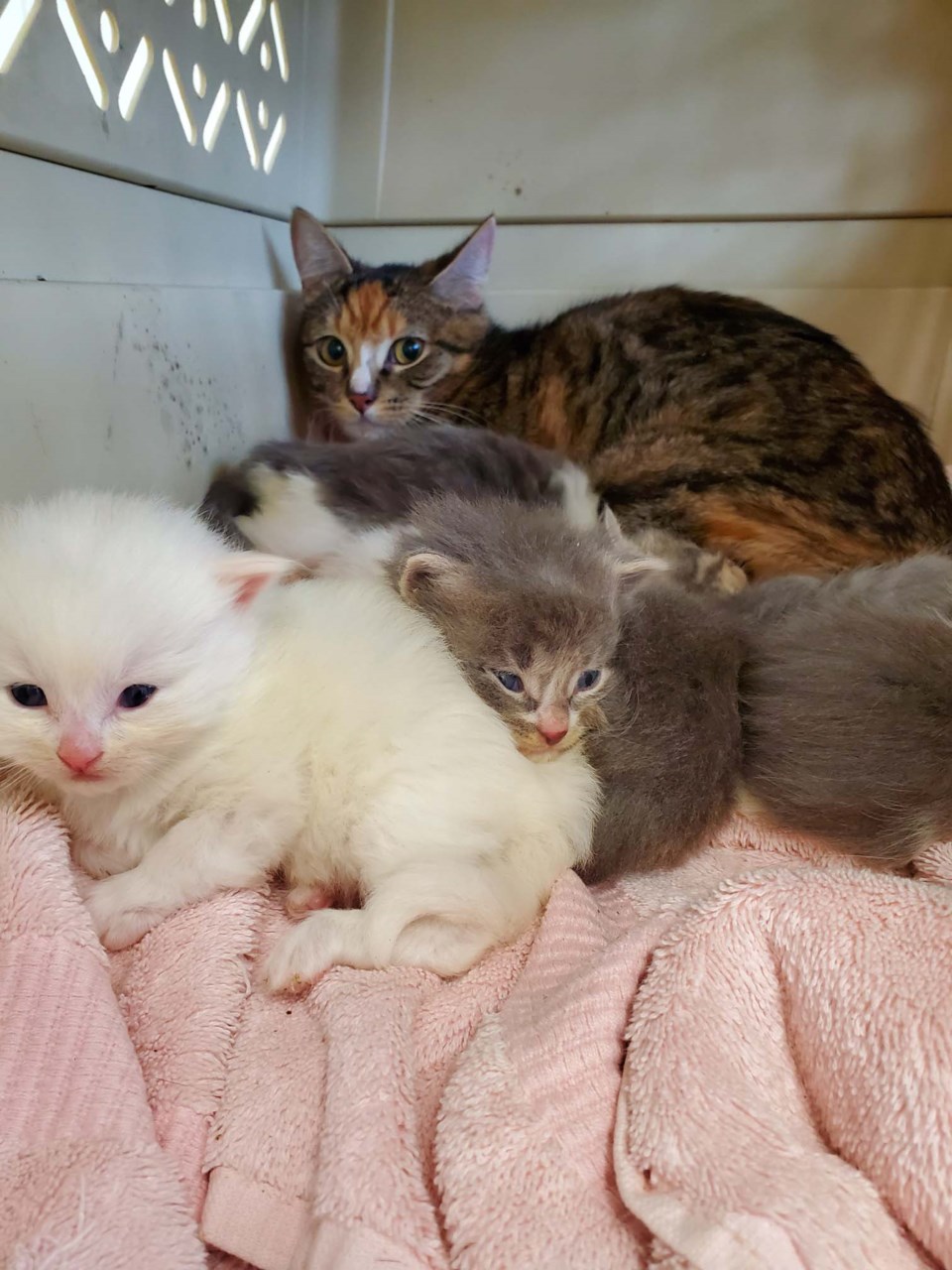 A few of the hoarded kittens surrendered at a Richmond home this week. Photos submitted

A Richmond-based animal charity is asking the public to dig deep after rescuing dozens of kittens and cats from a hoarding situation.

The Regional Animal Protection Society (RAPS) took in 20 kittens and 30 adult cats about two weeks ago from a home in Richmond.

However, the cost of veterinary care and other treatment for the animals runs to about $1,000 each.

And with some of the cats also presumed pregnant, the new additions are expected to rise to about 70 in total.

The rescue, said RAPS, came at a challenging time with the organization, like all charities, struggling with the effects of the pandemic and social distancing.

The RAPS Cat Sanctuary is closed to the public, RAPS animal shelter is closed for all but emergency cases – staff are available by appointment – and RAPS thrift stores are closed.

“We are really calling on our community to help us at this time. Revenues are down just as demand rises,” said Eyal Lichtmann, CEO and executive director of RAPS.

All the kittens and cats in question have been, or in the coming days will be, examined and treated by veterinarians and staff at the RAPS Animal Hospital.

Overall, the cats and kittens are in good health, said RAPS, however, of the three litters of kittens, two litters were afflicted with eye infections, which are being treated and the kittens are responding well.

Almost all the cats and kittens were infested with fleas. The adults have been treated with medications while the kittens, which are too young for medications, were bathed and the fleas manually removed.

The litters are all in foster homes. The youngest litter, who arrived at the age of about three days, were fostered immediately.

The two other, slightly older litters were kept at the RAPS Animal Shelter until they could be examined and have now also been fostered.

“The adults who have been altered will be observed for a week or more while they heal and we get to know their personalities,” said shelter manager Shena Novotny. “Then we will start posting them for adoption.”

Kittens are generally adopted at eight to 10 weeks of age.

“They are pretty shy, a little skittish,” she added. “They're all very sweet, though. None of them are lashing out. It looks like they will all adjust well.”

Adoption applications are online at rapsbc.com/adopt.