Dermod Travis of Integrity BC calls on Richmond Liberals to return donations from accused fraudster
Apr 26, 2017 12:39 PM By: Graeme Wood 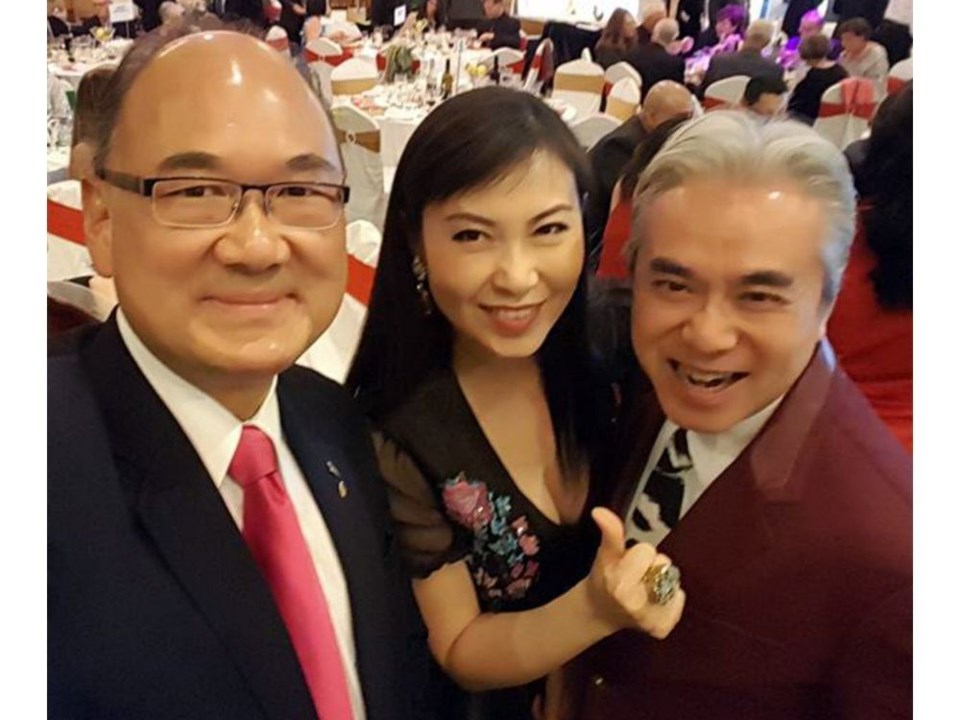 Richmond Steveston MLA John Yap with Loretta Lai and her husband Paul Oie, who is in front of a BC Securities Commission this week, accused of fraud. April 26, 2017.

Watchdog Dermod Travis, of Integrity BC, says MLA John Yap is attempting to have a “false flag debate” on the merits of political donations and electoral finance reform.

Yap argues that campaign donations are fundamental to democracy, however Travis said the real debate needs to be about how much money is being accepted and from whom.

Travis said the BC Liberal record on campaign donations is, at best, poor optics and, at worst, a sign that government policy is corrupted by cash-driven influence.

He said the issue of transparency is front and centre in Richmond, in particular.

For example, local BC Liberal MLAs should, argued Travis, refund the political donations made by embattled Richmond businessman Paul Oei, who, combined with his wife Loretta Lai, has donated close to $67,000 to the party since 2011.

While Oei is in front of the B.C. Securities Commission this week to confront allegations of defrauding Chinese investors to the tune of $6.9 million, Travis said his donations should be refunded purely based on optics, and even before the Commission reaches a decision.

“It looks like donations from questionable sources. You’d generally want to return the donations to the donor in question because it’s not something you’d want to defend,” said Travis, noting Oei has wined and dined with Yap and Premier Christy Clark.

Travis said Oei’s donations are symptomatic of a larger problem in election financing in B.C.

“The biggest problem is the obscene amount of money in the political system,” he said.

“A lot of it is going to salaries, campaign training, push polls, canvassing and so on. They’ve subcontracted democracy out,” he argued.

“B.C. has moved into this idea of a perpetual campaign. We don’t get into policy development. We simply move from one election to another,” said Travis.

A consequence of this is that infrastructure and service contracts are increasingly being handed to companies willing to “pay to play.”

“Some companies have decided they’re not going to play in B.C. That’s not good for taxpayers,” said Travis.

Since 2005, the BC NDP has raised $62 million in mostly union donations, while the BC Liberals have raised about $120 million, mostly from corporations, noted Travis. This dwarfs Alberta’s progressive conservatives who raised $32.7 million.

“Nova Scotia, Quebec, Manitoba, Alberta, Ontario and the feds have managed to survive without corporate and union donations,” said Travis.

As for Yap stating he welcomes an independent report on electoral financing in B.C., Travis noted the report is non-binding.

“The panel itself has to be accepted. Otherwise it’s just cute sloganeering.”

Yap didn’t reply to inquiries from the News in time for publication.