Linda Reid says no place for ads that admonish Downtown Eastside as ‘morally bankrupt’
Apr 12, 2017 10:09 AM By: Graeme Wood 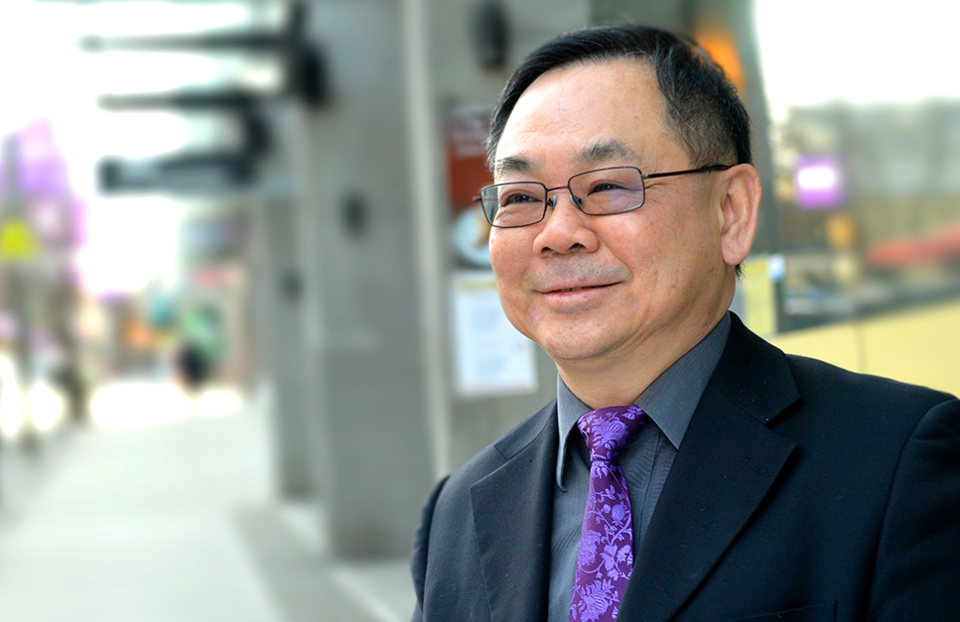 Chak Au, NDP candidate for Richmond South Centre in the upcoming May 9 provincial election, said he suspects “well-organized” BC Liberal supporters are behind the “ridiculous” print and radio ads that attack him for hypocrisy.

The ads challenge his support for broadly-accepted policies regarding same-sex marriage, sex education, transgender rights and safe drug-injection sites, saying he once opposed these policies.

However, Au’s Liberal competitor, long-time MLA Linda Reid, said there’s no room for the kind of negativity displayed in the ads. She also opposes the notion that BC NDP support for such policies — which are equally supported by Reid’s Liberals — have resulted in “moral bankruptcy” in East Vancouver.

The ads claim voting for Au’s NDP will turn Richmond into another “corrupt” Downtown Eastside.

“I certainly don’t believe, for a second, that that is a valid argument,” said Reid.

“I am a Liberal, I support these (policies),” added Reid.

“My job is to ensure safety and security for all,” she said.

According to political scientist Dr. Maxwell Cameron, the ads appear intent on discouraging people from voting for Au.

“It seems to benefit (BC) Liberals in what is effectively a two-party system,” said Cameron.

The University of B.C. professor said it was the right move for Reid to speak out against the “sleazy” messages.

“I’m not sure anyone from the (BC) Liberal Party would want to get behind this,” said Cameron.

“People may be asking (the Liberals), does this express your views?” said Cameron.

To that end, Reid said she hopes her record speaks for itself while campaigning.

The ads were created under the third party organization banners, Better Richmond Concern Group and Richmond Community Development Concern Group, and were largely aimed at a Chinese audience (most of the ads are appearing daily in Chinese newspapers and on Chinese radio stations, although the News has published two).

The ads appeared before the election writ. As such, they don’t have to publish an authorizing agent, who must be registered publicly with Elections BC.

As well, they aren’t bound by third-party spending limits.

Au said the ads are misinformed, however they do point to apparent inconsistencies in his stance on various social issues.

The first series of ads called out Au for once taking an opposing stance to same-sex marriage legislation (as a Conservative Party of Canada supporter, he publicly protested the federal Liberals’ legislation in 2005) and opposing drug-injection sites.

The News asked Au to comment on his position on same-sex marriage.

“I support human rights, and I support equal rights for all and, also, I support the law of the land,” said Au.

In February, Au told the News he reserves the right to hold his own personal opinions.

As for safe-injection sites, Au, a counsellor, said he now supports them as part of a harm-reduction program, combined with drug prevention, enforcement and treatment.

“They’re making accusations based on no facts,” said Au of the second series of ads that call East Vancouver “morally bankrupt.”

Cameron also said the ads have no basis in fact.

“Addiction is a social problem,” and “not an issue of lack of character,” noted Cameron.

The ads, said Cameron, “play into some of the worse prejudices of the Downtown Eastside, which is confronting, in a remarkable way, these problems. I think it’s shameful when we see the number of people dying on the streets that people would use this for political ends that taps into prejudice rather than evidence and what experience tells us about these problems,” said Cameron, adding that while the messages are “deeply confused,” they are not illegal and “I actually think we need to hear these views.”

Cameron said the groups should visit the Downtown Eastside and learn about drug addiction.

Au said that while the ads are emanating from a “sub group” in Richmond’s Chinese-Canadian community, they are not representative of the Chinese community on the whole — which, at any rate, has divergent opinions.

Although, “it might be a general perception that the Chinese community has a more conservative view on these issues.”

A third series of ads has criticized Au for supporting a medical marijuana business in Richmond. Au said, as a city councillor, he’s bound to oblige legal businesses to operate under federal laws.

To the extent that this group is focused on morality, South China Morning Post journalist Ian Young, who has reported extensively on wealth and migration patterns between Canada and China, suggested the group turn a mirror toward its own community: “After all, ‘moral collapse’ is in the eye of the beholder. Tax evasion is likely running rampant in Richmond, with poverty-level incomes widely reported in some of the city’s most luxurious neighbourhoods. At least the embattled residents of Chinatown can claim to be genuinely impoverished.”

Au said he’s ready to focus the rest of his campaign on the actual issues he’s raising: a new hospital tower, housing affordability, social service spending and government transparency, among others.