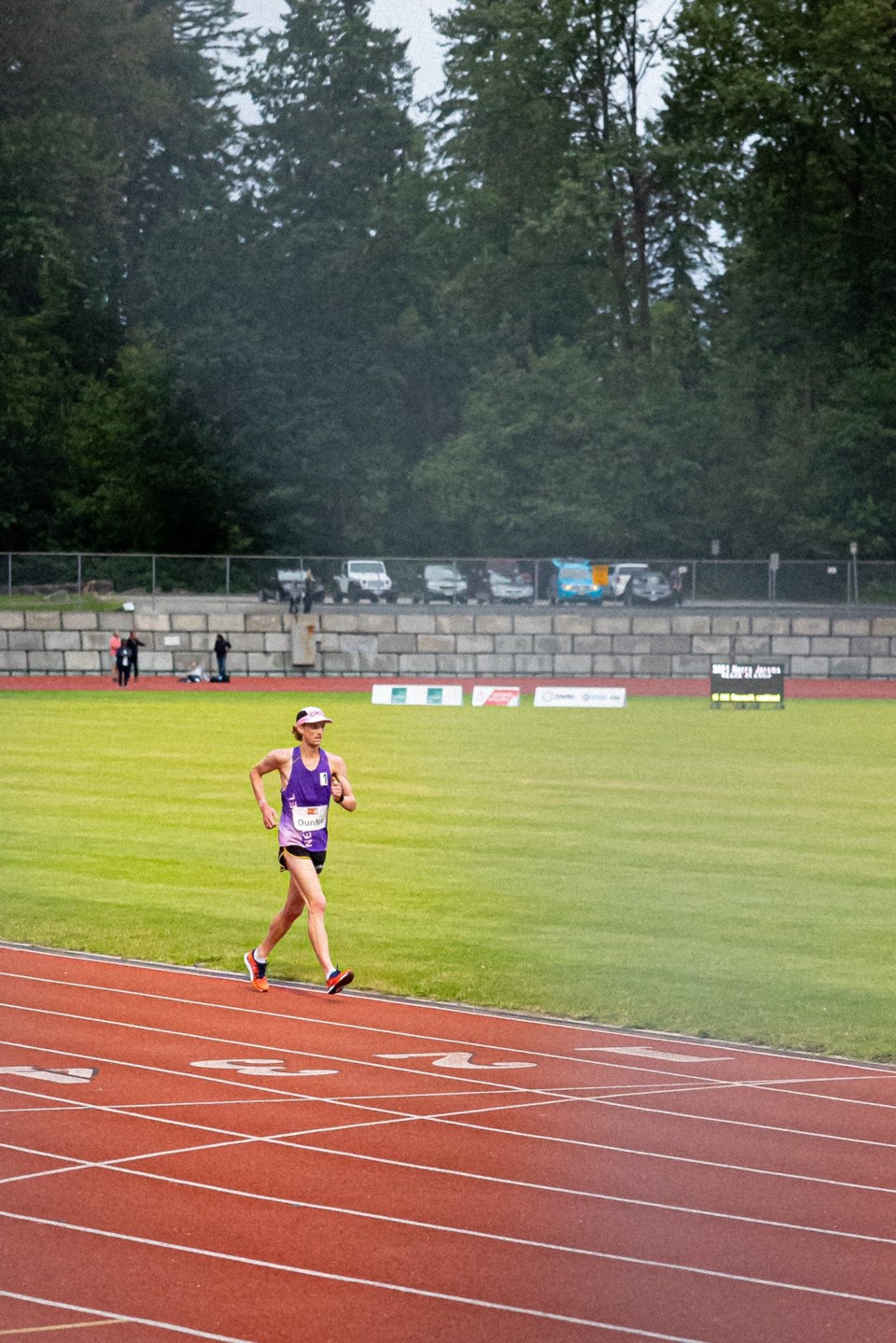 Richmond’s Evan Dunfee is bang on course for the Olympics next month, after shattering his own Canadian 10,000-metre record by almost a minute on the weekend.

Dunfee was competing Saturday at the Vancouver Sun Harry Jerome Track Classic in a closed event at Burnaby’s Swangard Stadium.

To the cheers of a few people in the stand, the Olympian completed the race in 38.39.72.

Adding a bit more depth to the occasion, Dunfee’s brother, Adam, was commentating on the race for a Toronto-based broadcaster.

Afterwards, as proud as he was, Adam couldn’t resist having a dig at his brother on social media, tweeting “Congrats @EvanDunfee on shattering your Canadian 10,000m race walk record! At this point the only thing I can hold over you is that I have better hair.”

Nevertheless, Evan was still stoked, adding on Twitter that it was “Really cool to have my brother be able to commentate this record breaking walk!”

Dunfee is expected to represent Canada in the 50K race at the re-arranged Tokyo Olympics, which start July 23.