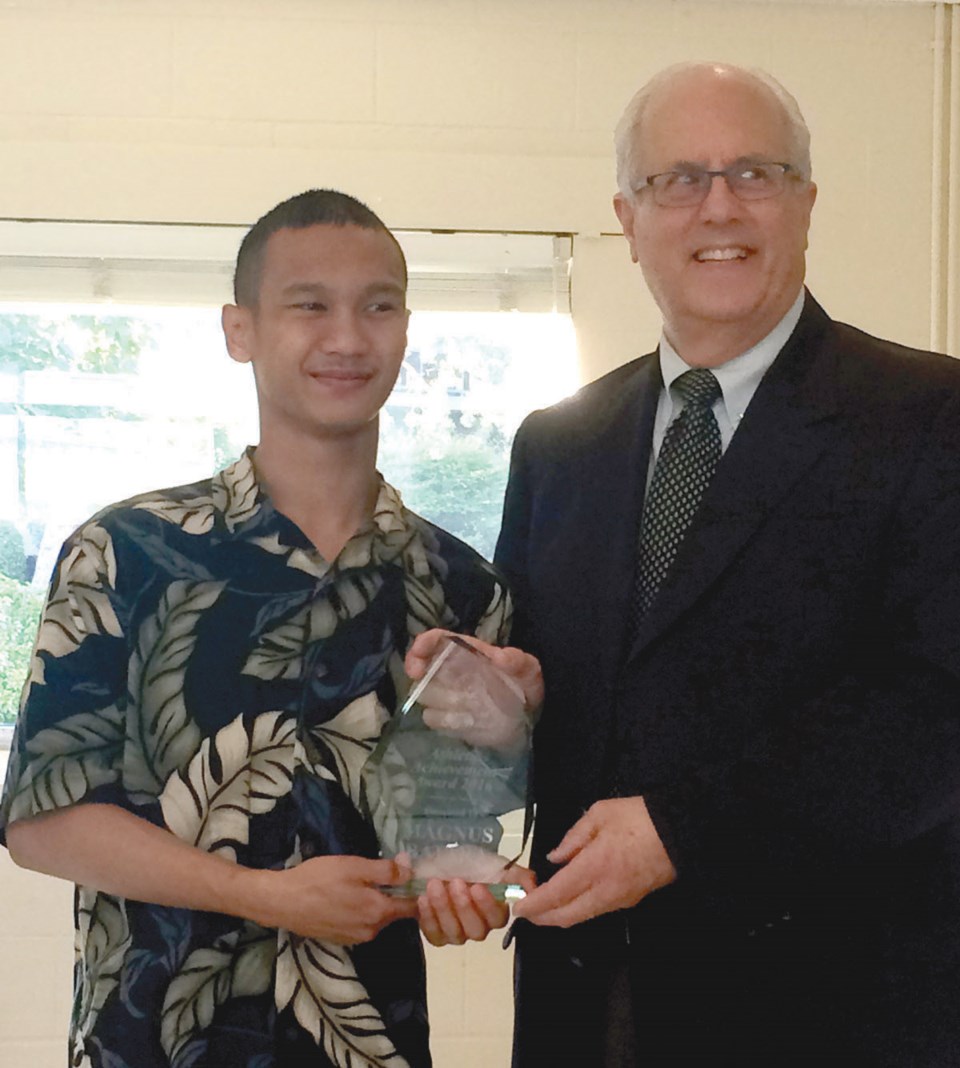 The recognition continues to pour in for Magnus Batara.
Coming on the heels of being named the Richmond News Sportsperson of the Year at last month’s 17th annual Richmond Sports Awards, Batara is the recipient of Special Olympics B.C.’s 2016 Athletic Achievement Award.
The 23-year-old dazzled in the pool at last summer’s Special Olmpics World Games in Los Angeles, winning four goal medals.
He touched the wall first in the 100 and 200 metre breaststroke, as well as to 100 butterfly. He added a fourth gold as a member of Canada’s 4x100 medley relay team.
The World Games featured over 7000 athletes from 177 countries, competing 26 different sports.
It marks the second time he has received the SOBC award. He was also honoured in 2014.
Batara’s self-discipline and ability to be independent have grown dramatically over his nine years with Special Olympics B.C. . Always looking to improve, he devotes a great deal of time and effort to developing his skills in the pool. Batara’s strong work ethic and talent have made him a leader amongst his teammates, and he inspires those around him to strive for excellence.
A versatile athlete, Batara has participated in floor hockey, soccer, athletics, basketball, swimming, and Club Fit during his time with SOBC. He won a silver medal with the Team BC floor hockey team at the 2012 Special Olympics Canada Winter Games in St. Albert, Alta.
Two years later he four medals, including two gold, in the pool at the Special Olympics Canada Summer Games in Vancouver.
There were nine other finalists for the SOBC Athletic Achievement Award including Richmond’s Nicky Chow.