Two junior leagues come to together for showcase game on Sunday afternoon in Ladner
Jan 21, 2020 6:00 PM By: Mark Booth 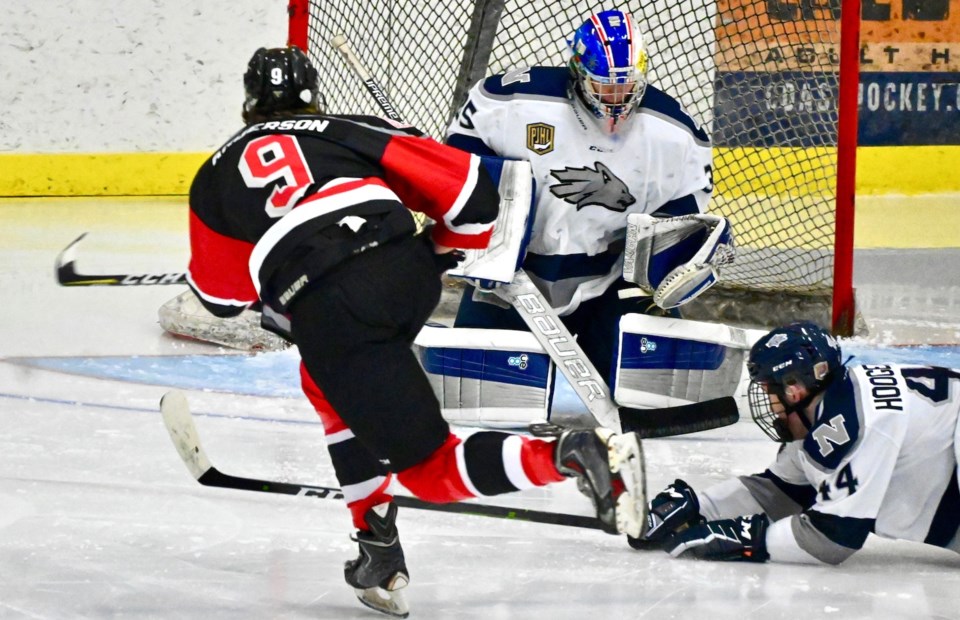 The game is slated to get underway at 2:45 p.m. at the Ladner Leisure Centre. It’s part of a new partnership between the two junior “B” leagues that also saw a Prospects Game played on Jan. 12 in Nanaimo.

The old PJHL All-Star Game format had the two conferences play against each other and player selection being somewhat evenly distributed with at least one representative from each of the 12 teams. That is no longer the case as the PJHL will suit-up the best team possible that will include a whopping seven members from the defending PJHL champion North Vancouver Wolf Pack who have lost just once in 35 games.

“It’s something that came together rather quickly and by September we made it happen,” said PJHL chair and Sockeyes co-owner Doug Paterson. “Both games have been somewhat of a struggle for us and this certainly makes them much more exciting. It will be the best of the best from our league.”

The rest of the PJHL roster includes:

The Sockeyes get back to work on Thursday when the Grandview Steelers visit Minoru Arenas at 7 p.m. A Richmond win will go a long way towards securing home ice advantage for the opening round of the PJHL playoffs next month.

The Sockeyes are currently three points clear of the Steelers with two games in hand.