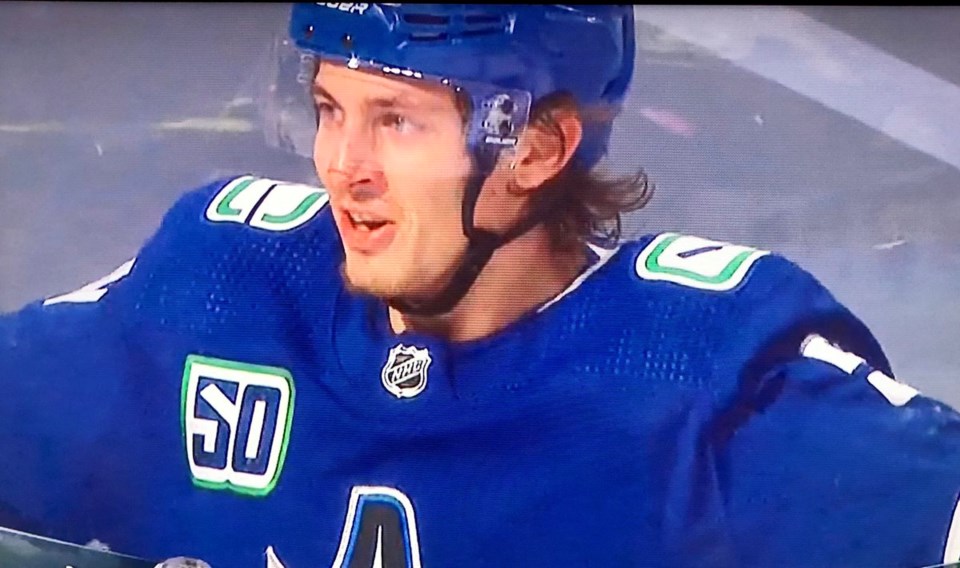 Richmond native and Delta Hockey Academy alumni Troy Stecher has helped lift the Vancouver Canucks into the second round of the Stanley Cup playoffs for the first time since nine years.

A goal from the 26-year-old blueliner was part of a big second period that sent the Canucks to a 6-2 victory game six over the defending champion St. Louis Blues on Friday night in Edmonton. It was his second of the playoffs.

And now a message from @troystecher, with facial hair. pic.twitter.com/tfzidrM4i3

Stecher’s road to the NHL included some time in the Delta academy when it was exclusively a skill development program. He also attended South Delta Secondary School during that time.

He then spent a season in the BC Major Midget Hockey League with the Greater Vancouver Canadians where he earned team MVP honours as a 15-year-old. It was then straight to the BC Hockey League and an impressive run with the Penticton Vees that earned him a full-ride scholarship to North Dakota,

He had a leading role in North Dakota’s NCAA Championship win in 2016 and signed with the Canucks as a free agent days later after his junior season.