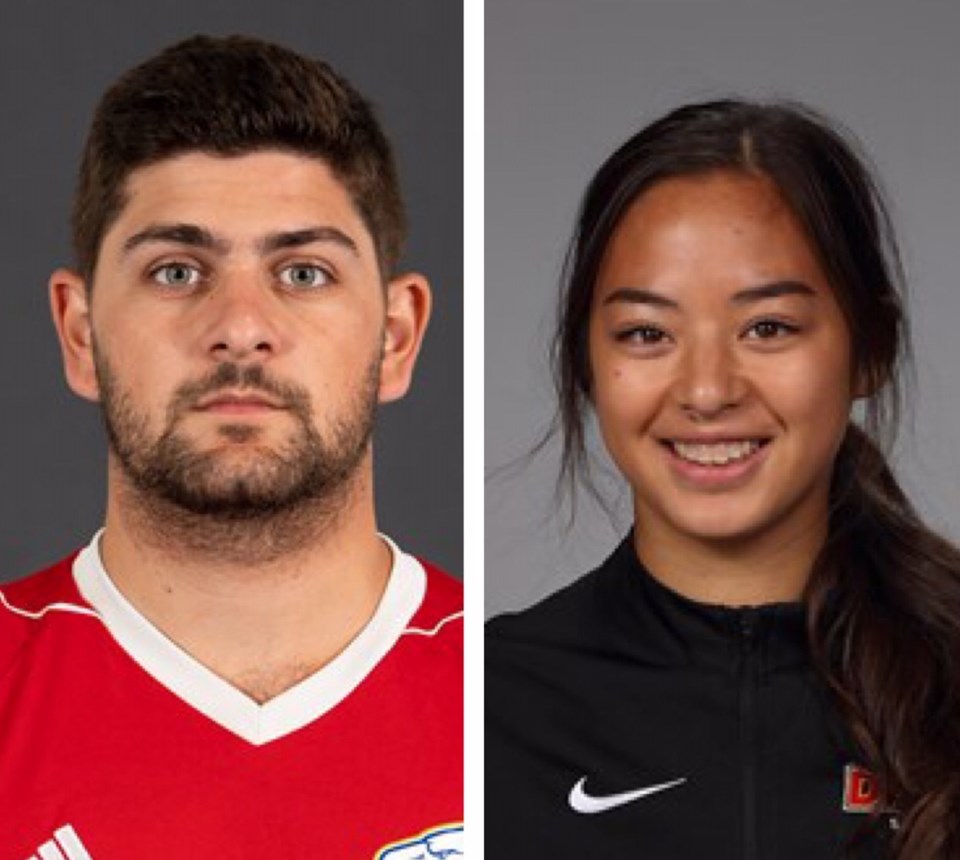 On the women’s side, University of Calgary third-year forward Montana Leonard has been named to the Canada West First Team after finishing second in team scoring with seven goals in 15 matches. The McMath Secondary graduate was a Second Team selection last season.

The Dinos will be riding a 14-game win streak into the Final Four at Trinity Western University in Langley, including a 2-1 victory over Saskatchewan in quarter-final play last weekend.

Calgary will play the UBC Thunderbirds on Friday at 3 p.m. in the semi-finals. The Thunderbirds line-up includes a pair of Richmond players — forward Amelia Crawford and defender Emma Kallner.

Crawford is third in team scoring and found the net in UBC’s 3-1 quarter-final win over Northern B.C. last weekend. Kallner has been a fixture on the backline in her final season.

The other women’s semi-final match-up has the host Spartans taking on Alberta. The bronze and gold medal games go Saturday at 2 p.m. and 5 p.m. respectively. The USports National Championships are the following weekend in Ottawa.

Roberts has made the most of being UBC’s top ’keeper this season — with an unbeaten 13-0-2 record and eight shutouts.

Pang and Clarke both made immediate impacts in their first-year at UBC.

Pang, a third-year transfer from SFU, has been a fixture on the back four with 13 starts. He has also chipped in with a goal and four assists. Clarke has brought his experience with the Whitecaps and in Europe to the university level where he has notched eight goals in as many starts.

UBC’s roster also features Richmond midfielder Rylan Sangha who has made seven starts and has a pair of goals and four points.

It’s a big couple of weekends on home turf for the Thunderbirds, starting with this weekend’s Canada West Final Four.

Top seed UBC (13-1-2) take on University of Fraser Valley at 7 p.m. The other match-up has Trinity Western battling Thompson Rivers at 4 p.m. The final goes at 2 p.m. on Sunday.

UBC is already guaranteed a berth in next weekend’s USports Nationals as the host school. That eight-team tournament starts next Thursday.