A former top flight soccer referee and player, with more than 70 years of dedication to the sport, has been inducted into the Soccer Hall of Fame of British Columbia.
Nov 8, 2020 9:30 AM By: Alan Campbell 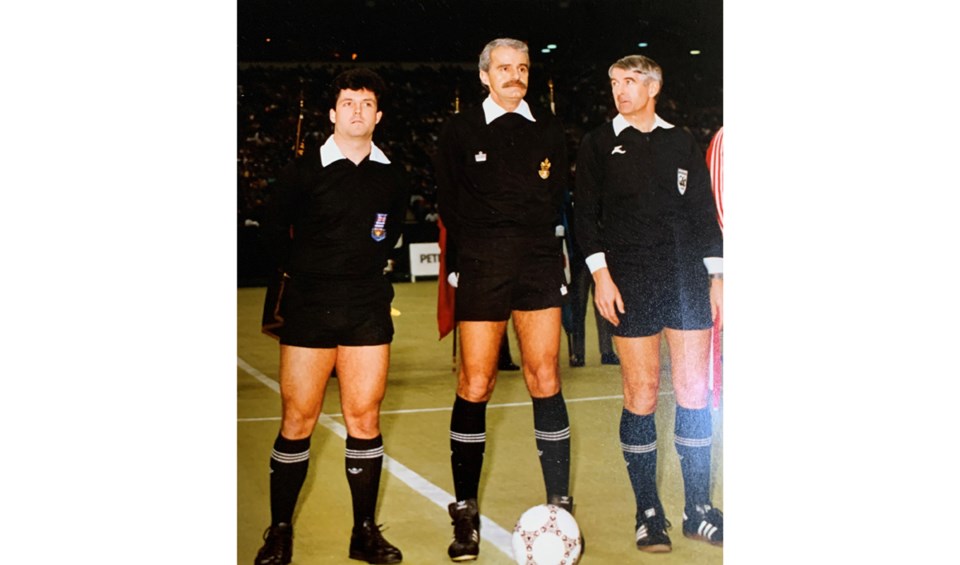 A former top flight soccer referee and player, with more than 70 years of dedication to the sport, has been inducted into the Soccer Hall of Fame of British Columbia.

FIFA-accredited Richmond resident Bob Allen officiated at the very pinnacle of the North American game, refereeing or assisting in the NASL from 1977 to 1984, at various Concacaf/FIFA tournaments - including the 1987 FIFA Under 16 World Cup - the 1983 opening match at BC Place and the 1986 Canada vs England match.

Allen, 82, was also known locally as being an early recruit to refereeing women’s soccer in 1979 and as BC Soccer Director for 10 years to 1997.

He was one of 15 inductees across the sport in the province to be honoured at a virtual ceremony on Saturday evening.

Asked how he felt about the accolade, Allen, who suffers from Parkinson’s, said it was “nice to be recognized.”

“It makes you think that you must have done a good job. I was 12 when I first kicked a soccer ball, in Vancouver. That was a long time ago.”

Allen said his secret to having had such a long and successful career in refereeing was “keeping your cool” under pressure.

“Talking to people is important,” he added.

“It’s a sport. People should enjoy themselves. I think they forget that sometimes and take it too far.”

Allen’s wife, Linda, said her husband is also “really proud of his involvement in women’s and youth soccer.

“He’s been involved in the soccer community for 70 years, so we’re all very proud of this. He’s very modest.”

Allen was born in Vancouver in 1938 and played youth soccer for Renfrew United in the Vancouver Sunday School League, moving up to the Vancouver and District Youth League.

His V&D team had different sponsors/names, but reached the Sun Tournament of Champions finals three times, winning in 1953 (the first Sun Tournament) and 1954.

In 1956 his Van Tech HS team won the BC Schools championship. Allen moved up to adult soccer with Wallace Thistles for 1957-1959, then on to the Pacific Coast League, playing with Canadians for 1960-63 and then Vancouver Firefighters for 1964-1966.

Allen became a referee in 1960 while still a player, first refereeing youth, school and men’s soccer. He was named to the National Referee List in 1977 and the FIFA List for 1983 to 1987. Bob was an early recruit to refereeing women’s soccer in 1979.

Off the field, he was a director of the British Columbia Soccer Referees Association (BCSRA) from 1984 to 1987 and its president in 1984.

Reflecting the wide variety of his achievements in the game, Allen has been recognized with honours including being named Sport BC's Official of the Year in 1985 and recipient of Canada Soccer's Ray Morgan Memorial Award (for referees) in 1986 and BC Soccer's AC Sanford Award in 2006.