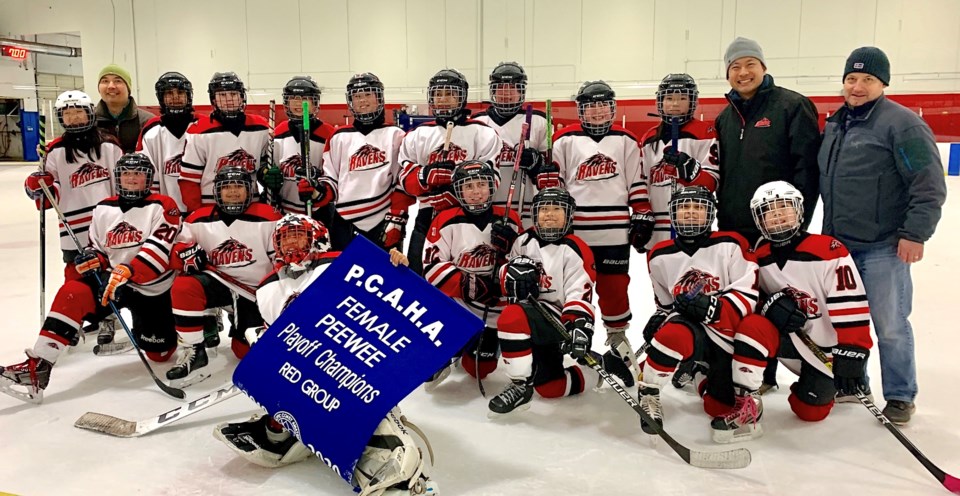 After just missing out on regular season honours, the Richmond Pee Wee C2 Ravens weren’t going to be denied in the playoffs.

The girls hockey team captured the Pacific Coast Amateur Hockey Association’s Red Group banner with a 4-0 victory over the Washington Wild in the title game.

Team chemistry is a big part of the Ravens' success with a tight-knit group of 16 girls that play with plenty of hustle and heart. That was evident during their impressive run through round-robin play that saw them go 7-1-1. They were also 14-4-2 in the regular season.

The head coach is David Chan, along with assistants Ken Ngui and Bryan Johnstone.