“This is perfect timing.” That’s how the executive director of Richmond FC, Marius Roevde, described Monday’s announcement by the B.C. government to move to phase three of its Return to Sport Guidelines.
Aug 26, 2020 8:56 AM By: Alan Campbell 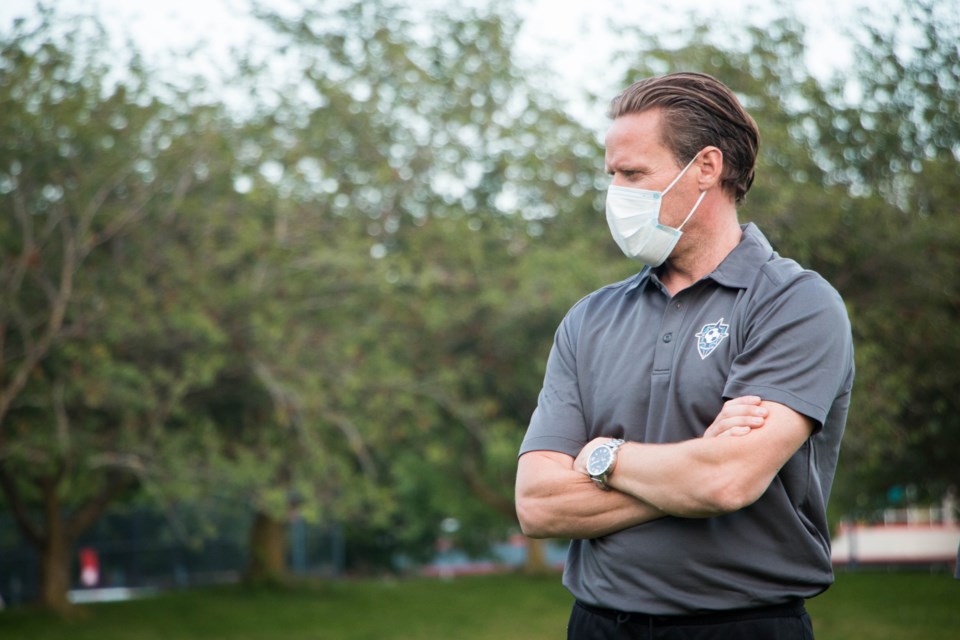 Marius Roevde, Richmond FC's executive director, says the club can't wait to get back into action next month. Photo submitted

“This is perfect timing.”

That’s how the executive director of Richmond FC, Marius Roevde, described Monday’s announcement by the B.C. government to move to phase three of its Return to Sport Guidelines.

As of next month, amateur athletes throughout the province will be able to engage in more organized sport activities and some competitive play in the fall, within a maximum in-club cohort of 50 players.

The move allows for limited contact, including scrimmages and practicing within that bubble.

“It’s huge for us. We’ve just finished our summer program, where there were a lot of restrictions, with kids in grids, short training times, entrance plans, exit plans, one coach per five players, hand sanitizer stations and screening,” Roevde told the Richmond News on Tuesday.

“It created a big challenge for a grass roots club like us, needing extra coaches; it cost us a lot of money and resources.

“Finally the kids can start scrimmaging; it’s what we’ve all been waiting for. It makes it a bit more exciting for the players.”

Being allowed to play competitive games against other clubs, however, added Roevde, will be totally dependent on how things go in September, both in community sports clubs and in the province’s schools.

“If schools become a disaster in September, I don’t see us playing any games that’s for sure,” he said.

“We need the schools to be successful. We have to be careful and clever and do our social distancing, hand sanitizing.”

After Labour Day, RFC will have all the same safeguards in place as it did in the summer during phase 2 of the Return to Sport plan.

Parents will only be allowed to drop off and pick up their kids in designated areas, the club will have lists of all names and phone numbers of attendees, there will be hand sanitizing stations and players will have to wait in designated areas to be escorted onto their practice area by their coach.

“It’s still going to be very strict and controlled, but we won’t need as many coaches as we did for phase two,” said Roevde.

“The challenge will be getting parents out to help with hand sanitizing and check-ins, things like that. But it’s teamwork and everyone has been really good at stepping up.”