Sometimes life throws you a curveball. Sometimes you swing and miss. But, if you are the Richmond Chuckers, you knock it out of the park. Covid-19 threw the world a nasty curveball, shutting down sports across Canada.
Sep 1, 2020 2:54 PM By: Alan Campbell 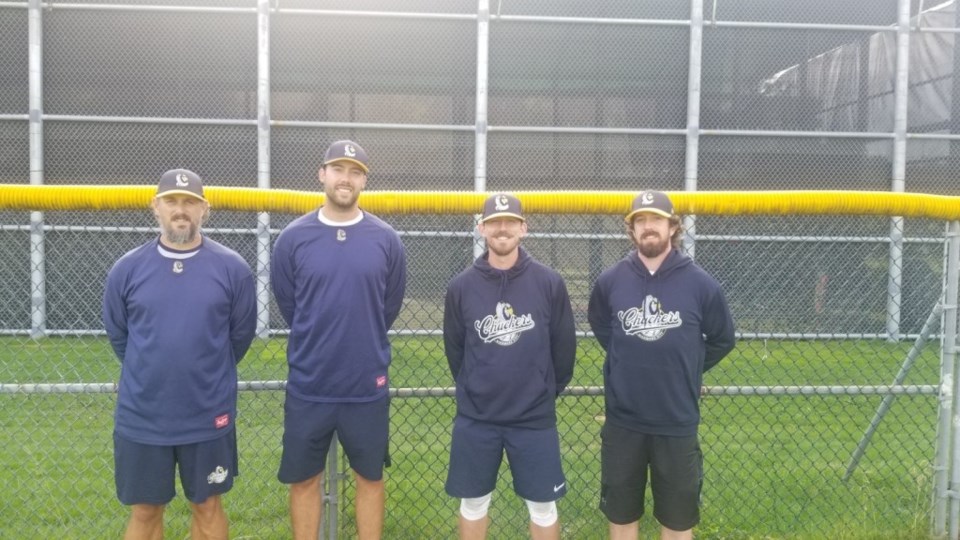 Sometimes life throws you a curveball.  Sometimes you swing and miss.  But, if you are the Richmond Chuckers, you knock it out of the park.

Covid-19 threw the world a nasty curveball, shutting down sports across Canada.

RCBA made the decision in early April to refund all members in full for registrations fees paid.

Finally, after months of waiting and planning and more waiting, RCBA, like other sports organizations, were given the green light to return to play in late June.

RCBA’s board of directors took the challenge head-on and worked diligently to put together a Return to Play Protocol document that considered all the safety guidelines put in place by ViaSport BC and Baseball BC.

“All of the efforts would not have been realized if it was not for the great relationship that RCBA continues to build with the City of Richmond,” read a statement from RCBA.

“RCBA is truly thankful for the hard work and support of the City of Richmond, particularly Gregg Wheeler and Paul Morizawa.”

RCBA was able to put programming together in a matter of weeks, which allowed most members to be back playing baseball by the first week of July.

While programming was provided for the 9u – 18u age groups, the difficult decision was made to not provide programming for the 5u – 7u group, given the concerns with social distancing at those age groups.

Meanwhile, the organization is already planning for next season and has built what it calls a “dream team” of coaches for the Chuckers 15U AAA team.

Logan Wedgewood will be the new head coach, bringing with him experience from Douglas College and Okanagan College, where he was an all-star. Former Chuckers coach Jack Thompson will be the hitting coach, while former Toronto Blue Jays draft pick Tom Robson will be the new pitching coach.

Completing the new look will be Darren Strang, as assistant coach, following on from his role as head coach for the past two seasons.