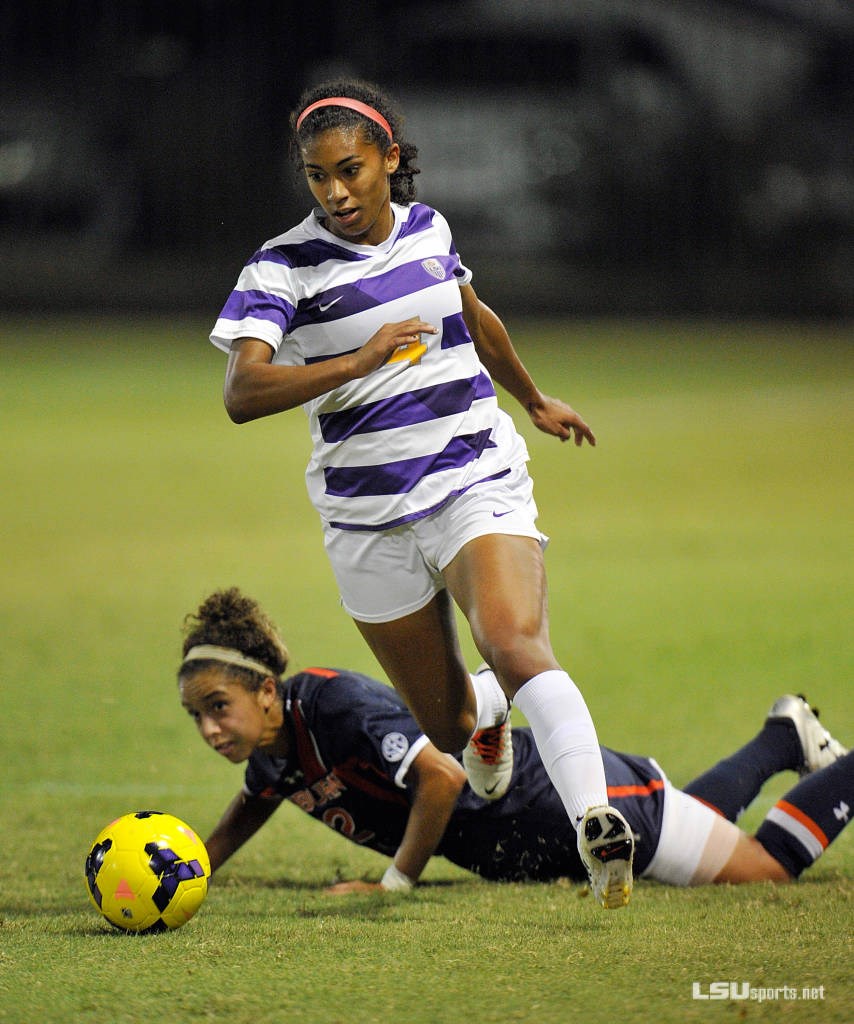 Summer Clarke's junior year at LSU is off to an impressive start.LSU athletics

Summer Clarke’s junior season at Louisiana Tech University is off to an impressive start and this time she got to play close to home.

The LSU Tigers made a rare appearance in the Pacific Northwest — making the 3,200 kilometre journey to Eugene Friday night to produce a 2-1 victory over the University of Oregon Ducks.

The 19-year-old Richmond soccer standout opened the scoring in the 24th minute when she chipped a shot past Oregon goalkeeper Lauren Holden from just inside the top of the penalty.

“It’s just so important to get the first goal in a tight game, especially when your away from home,” Clarke said. “It’s the season opener and they had the crowd here behind them, so you knew they were going to really pumped up for this game. Scoring the first goal meant so much for us in how we were able to play and push on and come away with the win.

“Jorian (Baucom) laid off the perfect ball for me. I got the right contact on it, and I think it was still going in the top corner, but I think it got a little touch off one of their defenders. It was a great feeling to see it hit the net.”

The Ducks equalized six minutes later and the Tigers came right back after the ensuing kickoff when Baucom notched what proved to be the game winner. The three goal outburst was followed by nearly an hour of scoreless soccer.

The Tigers were efficient on the night, converting two of their three shots on target in the 2-1 win, while their defense limited the Ducks to five shots.

It was LSU’s first trip to Oregon in 10 years.

“It’s great because we’ve put in nine months of hard work. You can ask any returners on the team. It wasn’t the prettiest game of soccer, but we came here and got the job done,” added Clarke. “Our focus for this game really was to start fast, and we did that coming out with the win. The feeling after the game was just so great among the team knowing we got what we came here for.”

Clarke is the program’s active career scoring leader as she enters her junior season with 17 goals to her name in two previous campaigns  at Baton Rouge, including her team-leading 10 goals as a freshman in 2013 en route to earning Second-Team All-SEC honors in her debut season. The Canadian international followed with seven goals as a sophomore in 2014 to rank second on the squad.

The Tigers are back home to host Western Kentucky on Tuesday and Minnesota Sunday.