Richmond resident Dandy Pineda had earlier called 9-1-1 after spotting the animal in his backyard
Apr 8, 2021 12:02 PM By: Alan Campbell 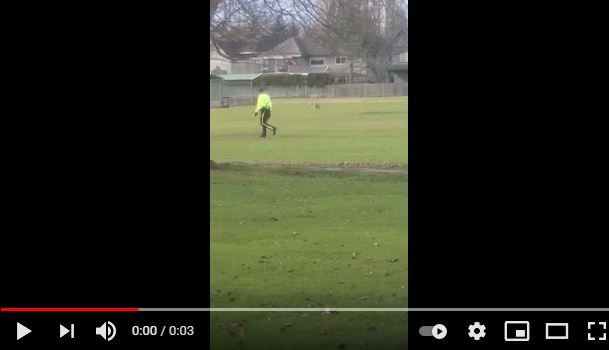 Video has surfaced of Richmond Mounties herding a coyote away from a neighbourhood park during the day.

Richmond resident Dandy Pineda shot the video of the officers encouraging the coyote to move along from the park at Grauer elementary.

Minutes earlier, Pineda had called 9-1-1 after spotting the animal roaming around in his backyard near Blundell Road and Railway Avenue.

Pineda said the police arrived less than 10 minutes later to find the coyote taking a nap in the middle of the park.

He said, when the coyote spotted the officers approaching, a slightly comical chase ensued, as the animal appeared to be looking for a way out.