The resident said he has had friends across the river in Ladner ask him where the noise is coming from
Apr 6, 2021 11:58 AM By: Alan Campbell 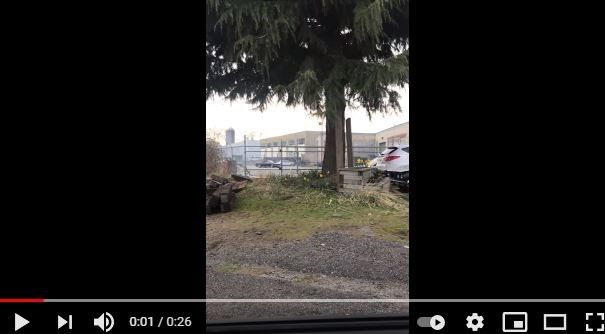 Cars can be seen tearing around this industrial parking lot, while being followed by a droneRichmond News YouTube screenshot

A Richmond resident is concerned about scenes he has been witnessing recently in a remote, industrial parking lot.

The man, who the Richmond News has chosen not to identify, shot some video of what appears to be cars tearing around the lot at the south end of No. 5 Road, where it meets the railway tracks.

In the video, shot last week, at least one car can be seen whipping around the parking lot, wheel-spinning and doing handbrake turns, all while being followed by a drone.

The resident said he witnessed at least 10 people watching the cars racing around the lot, with what looks like wrecked vehicles off to the side.

He said he has watched it take place several times over the last while and has even had friends across the river in Ladner ask him where the screeching noises are coming from.

The man said he’s not sure of the legalities of what’s taking place, given that appears to be on a private lot.

The industrial unit that the video appears to be filmed at is just north of the World Champion Club gym and is listed as vacant and for rent.

The News has asked Richmond RCMP if it has received any complaints and if the activity taking place is breaking any laws.