The shipment was intercepted at the port in Tsawwassen, before being replaced by a placebo and tracked to Surrey, where five men were arrested
Mar 29, 2021 12:52 PM By: Alan Campbell 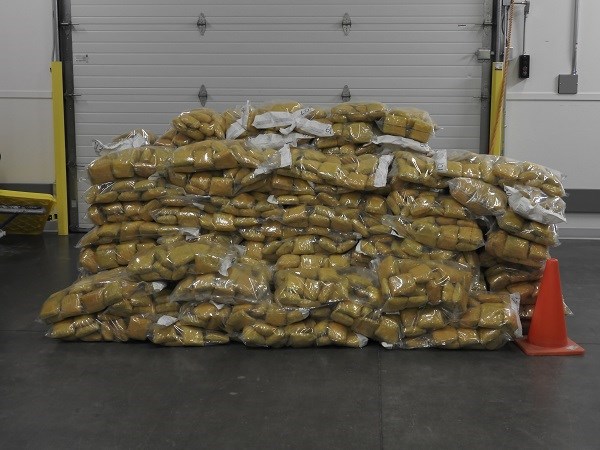 A joint operation involving RCMP and CBSA officers has resulted in a ton of illegally imported opium being seized Delta Port in Tsawwassen.

In early February, after several months of investigation, officers from the RCMP Federal Serious & Organized Crime (FSOC) and the CBSA executed a search warrant on two freight containers to locate a shipment of drugs from overseas.

Officers discovered 2,500 individual packages of suspected opium, each weighing 400 grams, for a total of 1,000 kilos.

The packages were then replaced with a placebo in order to allow the investigation to continue without further risk to Canadians and for the operation to track the packages’ intended destination.

On Feb. 11, the containers were picked up and transported to a warehouse in Surrey, where officers arrested five men: a 34-year-old Vancouver man and four men from Ontario.

A sixth male fled the scene and evaded capture by police.

"The RCMP takes very seriously any substance that threatens the safety and security of Canadians," said Supt. Richard Bergevin, Officer in Charge of Federal Serious & Organized crime Major Projects in BC.

"This operation is just one example of many successful collaborations between the RCMP and the CBSA combatting the importation of illicit drugs by organized crime groups that care nothing about the harm they cause."

The investigation is ongoing and charges have yet to be laid.

Richmond residents charged by CBSA for immigration fraud
Nov 26, 2020 9:31 AM