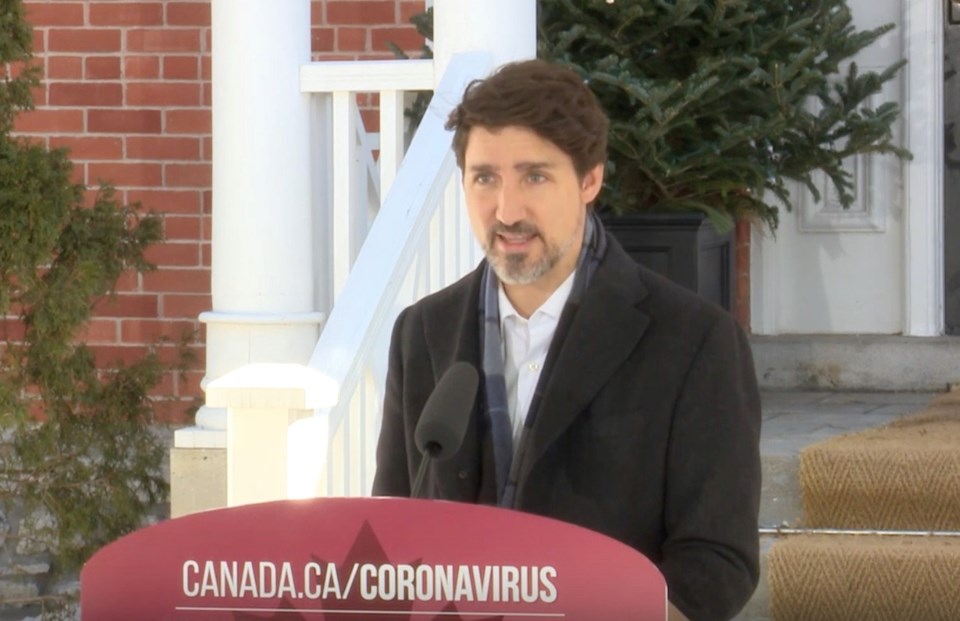 During his now daily COVID-19 address to the nation Sunday morning, Trudeau said the federal government is confident that his municipal and provincial colleagues are taking necessary action to stop people gathering in large numbers and adhering to the two-metre distancing rule.

Social media was awash Saturday with pictures of large gatherings of people on Vancouver’s beaches and even weddings taking place, with zero signs of social distancing.

Asked why the Canadian government is not stepping up its game from advising the public to heed the warnings to ordering them, Trudeau said he wants the measures at a lower level to be exhausted first.

Nova Scotia today clamped down, declaring a state of emergency and banning any gatherings of more than five people, because too many people were ignoring public health warnings to keep a social distance.

“It has been several weeks that public health officials have been asking for help in stopping the spread,” said Trudeau.

“Work from home, cancel social gatherings, we must all make sacrifices to protect the health of others and ourselves.

“I recognize millions of Canadians are taking this seriously.  We will continue to look at the next steps, if needed.”

Trudeau said Parliament is being recalled on Tuesday to bring in more measures to help the fight against the virus, but he didn’t commit to invoking the Emergencies Act.

And he had a special message for children who are staying at home and following the advice to keep a safe distance.

“To all the kids out there, who can’t go on play dates or on spring break vacation...I know this is a big change, but we have to do this for our grandparents and for the nurses and doctors in hospitals.

“A special thanks to all those kids. Let’s make sure we all do this, together.”

In Canada, as of Sunday morning, there were 1,385 confirmed cases, including 20 deaths.