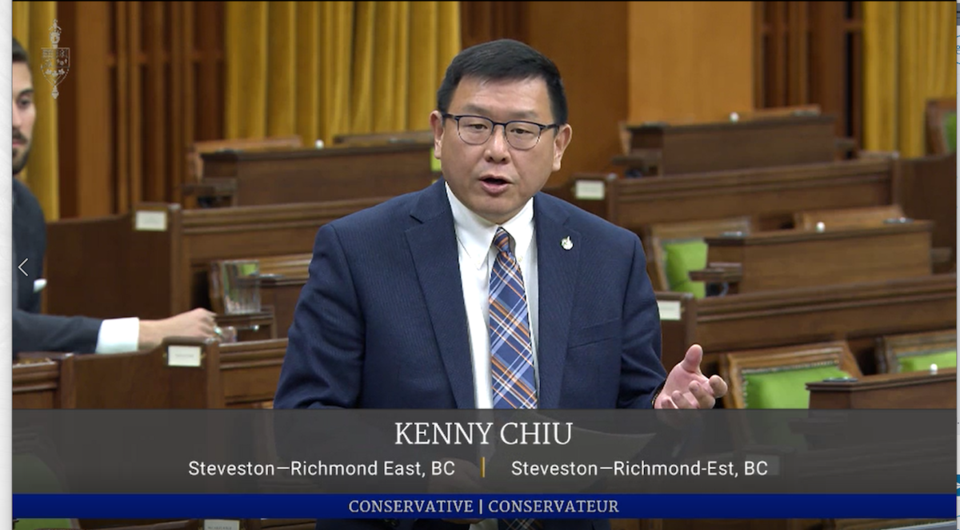 MP Kenny Chiu was one of 30 MPs in the House of Commons on Wednesday.

Steveston-Richmond East MP Kenny Chiu was elected as the chair of the Canada-Hong Kong Parliamentary Friendship Group when the newly reinstated group held their first annual general meeting on Oct. 15.

“It is our duty to stay informed of current events in the region, to share together a Canadian perspective, and plan to act when necessary to ensure an environment exists where good relations can be fostered,” said Chiu, who will be holding the position of chair for a one-year period, in the statement.

Many parliamentary committees, including the special committee on Canada-China relations, were suspended when Canada’s parliament discontinued meetings for a period of time in August.

The Canada-China relations committee was in the middle of investigating the situation in Hong Kong and was in the process of recommending action on the “much-maligned National Security Legislation” before committees were suspended, the statement noted.

The committee has since been reformed as parliamentarians are allowed to return to Ottawa now.

“It is important we recognize there are over 300,000 Canadians in Hong Kong and that it is a large international investment hub,” said Chiu.

He added that the National Security Legislation “does not respect the rule of law or Hong Kong’s judicial independence” – important foundations a “functional and valued international partner” needs to have and maintain.

“We must all work together to bring relations to a place where Canada and Hong Kong can continue to strengthen our relationship and grow our bonds forged over a hundred years through hundreds of thousands of people sharing values and heritage.”