Unlike some other community recreation groups, the curling club is responsible for the maintenance of its own building.
Mar 5, 2021 3:43 PM By: Maria Rantanen 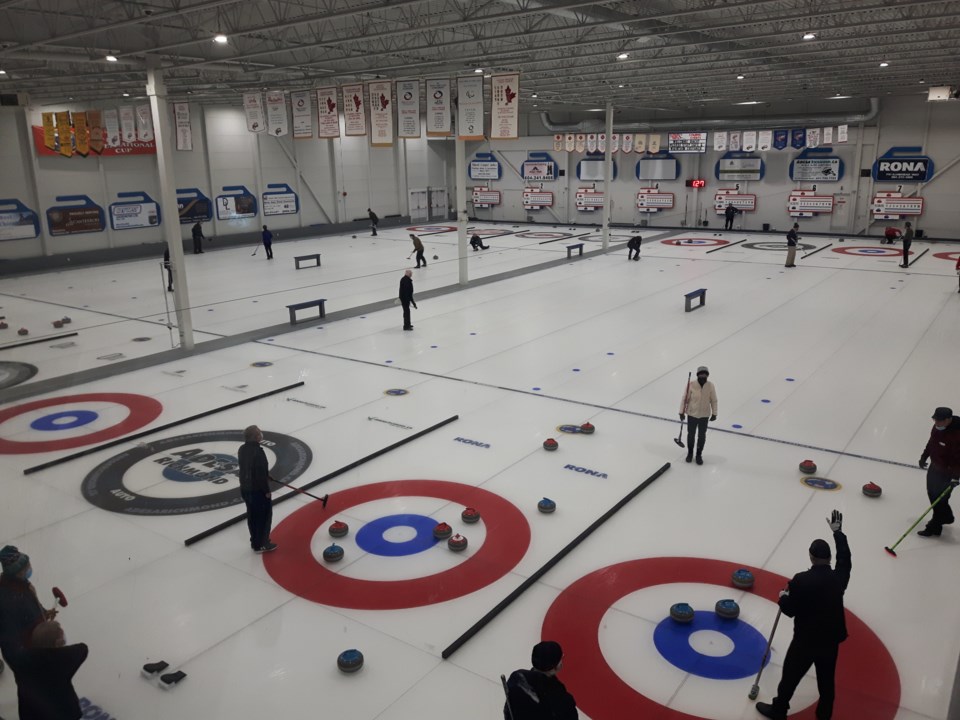 The Richmond Curling Club has been all but closed for a year.Photo submitted

The Richmond Curling Club is feeling the effects of the COVID-19 pandemic – like many non-profit organizations – but they are getting some help from the city to tide them over after being almost completely shut down for a year.

The club, which runs the Richmond Curling Club on Hazelbridge Way, reported more than $60,000 in losses in their 2019/2020 season.

The club closed down in March, like other recreation facilities, when the pandemic was declared after a promising start to its season, cutting off all revenue.

Despite no programming, however, there were still fixed costs and a skeleton staff was kept on.

With “nominal” short-term help from the city – which is helping with these fixed costs – COVID-19 wage subsidies and a committee looking at a long-term solution, club president Nick Hsu said he’s 90-per-cent confident the club will survive.

In a regular year, two-thirds of the club’s income comes from commercial revenue, including tourists, school groups – some from Asian countries – and ice rentals, explained Hsu, who himself plays on the Taiwan national curling team.

After an ammonia leak in Fernie more than three years ago that killed three people, safety standards were increased, pushing up costs to operate the Richmond curling rink.

The question for the non-profit club is “do we have that level of expertise to manage a facility in a modern world?” Hsu said.

The club is looking at the long term to see what direction it wants to go in, and currently is in talks with the city about its future.

Richmond Curling Club has been at its current location for 30 years, and prior to that it was on Cambie Road.

The curling rink is owned by the club but it is located on city property.

An attempt to re-open in September was hampered by problems with their ice machine, and after re-opening in November, they shut down again in January because of further restrictions imposed by provincial health orders.

Unlike other recreation-based community organizations, Richmond Curling Club is responsible for facility maintenance.

Most community recreation facilities in Richmond are jointly run with non-profits, whereby the city maintains the infrastructure and the non-profit is responsible for programming.

The current agreement between the city and the Richmond Curling Club, however, is that the club is responsible for the building and programming.

City spokesperson Clay Adams explained the short-term funding from the city ensures the “continued safety and maintenance of the facility’s infrastructure,” allowing the club and the city to keep it up while reviewing the current agreement and looking to the long term.

Richmond organization turns on the taps in Uganda water project
Mar 5, 2021 7:00 AM
Comments