Continuation of a business licence hearing was cancelled after an agreement was reached to relocate a food truck.
May 25, 2021 11:32 AM By: Maria Rantanen 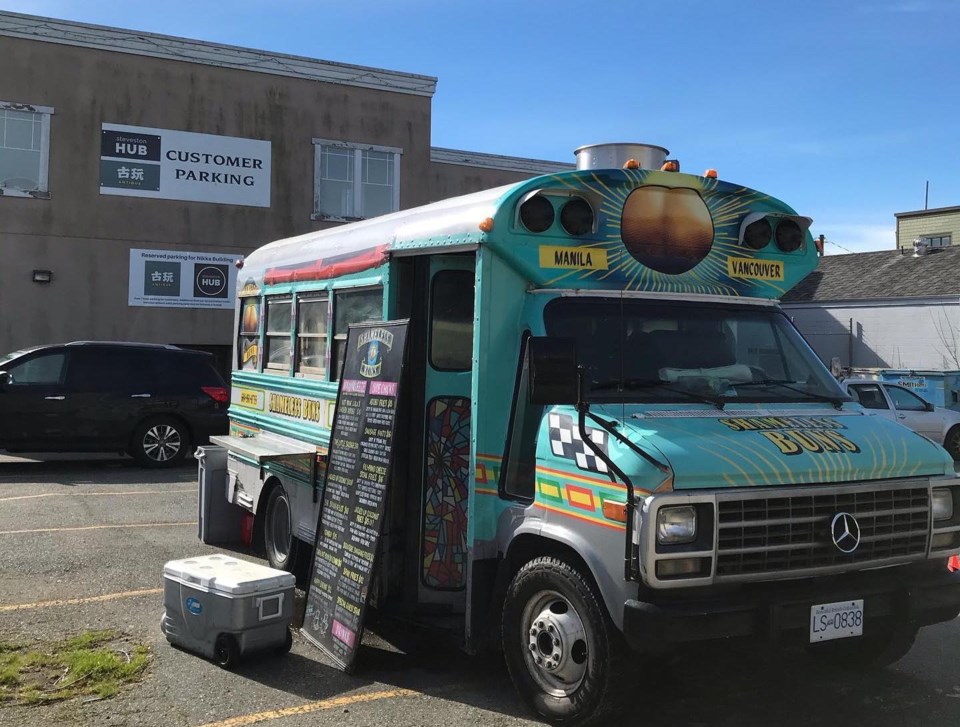 The Shameless Buns food truck is a converted mini bus styled like a Filipino Jeepney. They've been paying rent to park one to two times weekly at Steveston Hub on private property in Richmond.Steveston Hub/Facebook

A food truck, whose Richmond business licence was under threat of being cancelled, will be moving to Terra Nova Park.

Richmond city council was deliberating last week whether to pull the business licence of Vancouver-based Shameless Buns, which was operating at the Steveston Hub on Moncton Street.

The city claimed they were contravening a bylaw by operating in a parking lot while the food truck operators said they’d legally obtained their business licence.

Instead of cancelling the licence, council unanimously voted to have city staff work with the food truck operators, Corvette Romero and Matt Brennan, to find another location.

The matter was supposed to come back to Richmond council on Tuesday (May 25) but the food truck has come to an agreement with the city’s economic development office to operate at the new location.

Shameless Buns and Salty’s Lobster Shack, operating in Steveston, were both asked to move after the city received complaints about their locations.

Salty’s decided to move to the Britannia Historical Shipyards area, whereas the Shameless Buns operators felt that location was too quiet, calling it a “ghost town.”

If the Shameless Buns business licence had been cancelled, it would have affected their operations in Steveston as well as in a light industrial/business area off Knight Street.

Better CCTV footage needed for investigations: Richmond council
May 18, 2021 9:33 AM