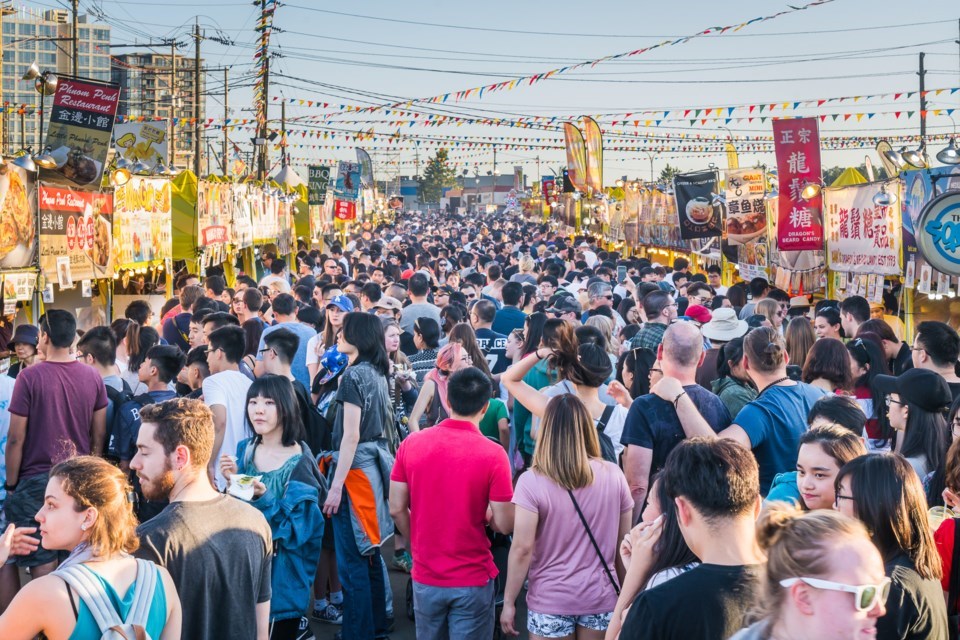 The Richmond Night Market has been given permission from city council to reopen this year. Submitted photo

The Richmond Night Market has been given permission from city council to reopen this year but its restart will depend on provincial health orders.

As one of North America’s largest outdoor markets, the event — located on vacant lots next to River Rock Casino — usually attracts thousands of people over five months, but it was cancelled last year due to the pandemic.

Richmond City Coun. Chak Au said a temporary operating permit has been issued to the event organizers to allow them to operate from mid-May until Dec. 31.

Au added that the greenlight means the event organizers are allowed to use the land for a certain period.

However, the actual operation still depends on weather conditions and guidelines from the provincial health authority.

The night market organizers said earlier in a statement they hope the market would start by early July or August based on the vaccination progress and approval by the Public Health Officer.

The Richmond News has reached out to night market owner Raymond Cheung for comment.