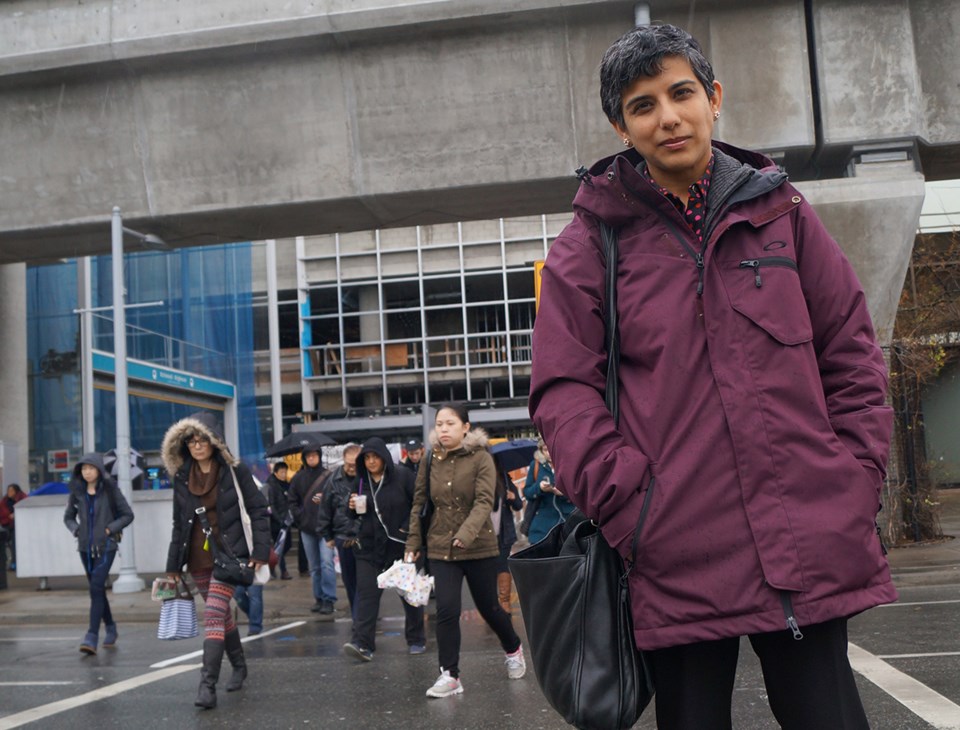 Richmond’s new medical health officer, Dr. Meena Dawar, cited several theories as to why the city’s health may be suffering, including the reliance on personal vehicles, as opposed to using public transit. Photo by Graeme Wood/Richmond News

Richmond residents continue to rise above the rest of their Lower Mainland counterparts when it comes to life expectancy, but there’s still room for improvement, according to Vancouver Coastal Health’s (VCH) Dr. Meena Dawar.

Dawar, the city’s public health officer, recently published an update for population health priorities, based on a number of Richmond-based health surveys and studies, including VCH’s My Health My Community survey.

While Richmondites now live, on average, to 85.5 (as opposed to the rest of the region, where life expectancy is 84), Dawar has three priorities she’d like to focus on to improve overall health for residents: Active living; mental and physical wellness; and a sense of belonging.

She’d also like to see Richmondites eat more fruits and vegetables; presently only 21 per cent of residents eat five or more servings per day, whereas the regional average is 25 per cent.

It’s noted that access to fresh produce is critical in increasing these rates.

Dawar assessed Richmond’s “neighbourhood food environment” and showed that in many parts of Richmond there are more “less healthy” places to access food, such as convenience stores, than there are green grocers (which tend to fall on the exterior of the residential neighbourhoods, nearby farms).

Despite the lower rates of adequate produce consumption, Richmond still has low obesity rates, even though locals walk or cycle for errands far less (12 per cent) than their friends in other municipalities (28 per cent).

Reasonable proximity to services is a key factor, Dawar noted.

In fact, despite Richmond’s natural surroundings and many community centres and parks, residents were found to participate in physical activity (150 minutes or more per week) less than their counterparts in any other community.

The car remains king in Richmond, as 64 per cent of residents choose to drive to work or school, whereas the regional average is 55 per cent.

Only 10 per cent of Richmondites walk to work or school.

Naturally, these rates were highest in the City Centre, where the Canada Line exists.

Social connectedness remains slightly lower in Richmond than other parts of the region, noted Dawar.

It is important to have “full and equal participation in social, cultural and political institutions for all members of a community,” her report noted.

Fifty-six per cent of people from the survey indicated they had a “strong sense of belonging” in Richmond.

Only 42 per cent of residents said they had four or more people to confide in or turn to for help, a matter Dawar sees as critical to mental and physical wellness. The regional average is 48 per cent.

Richmond’s high life expectancy is no doubt helped by the low rate of obesity, smoking and binge-drinking.

As well, 87 per cent of Richmond residents reported having a family doctor, according to the survey.