The event organizer said they have launched an initiative this year for "Most People performing a Drum Roll Online Simultaneously."
Jun 18, 2021 5:00 PM By: Nono Shen 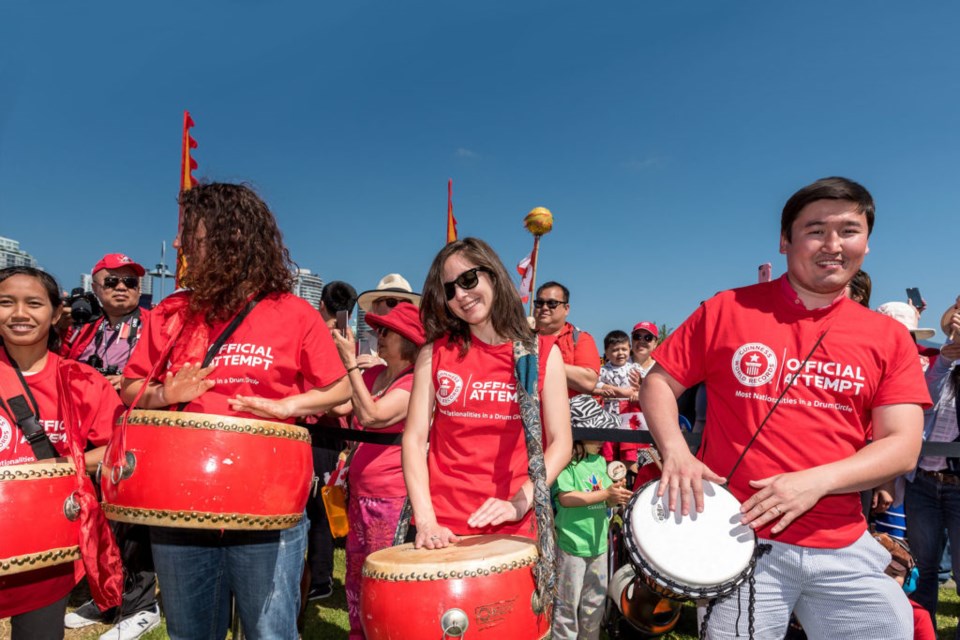 The event used to gather people from 28 cities to hit their drums hard and loud at 10:00 a.m. on Canada Day. Photo via Canada Day Drumming.com

This year’s Canada Day celebrations may be a little quieter as people continue to keep their guard up against COVID-19, but Richmondites are encouraged to find another way to mark the country’s birthday – by joining a free virtual drumming event.

The goal of the event is to get as many people as possible to perform a drum roll online at the same time, to set a new world record, according to the Legacy 150 Celebrations Society.

For the past three years, Legacy 150 Celebrations Society, a Vancouver-based non-profit dedicated to deepening intercultural understanding and promoting patriotism, has invited people from 28 cities to hit their drums hard and loud at 10:00 a.m. on Canada Day.

Then the pandemic hit, and the event was forced to move online last year.

However, Richard Wong, national chair of the Legacy 150 Celebrations Society, said moving online makes the event more fun and inclusive, since more people can simply grab their drums or pans and join in.

“Even though we can’t be together in person, we could still share our happiness and pride as being a Canadian and celebrate the Canadian values,” said Wong, adding that participants could also get a chance to break a Guinness World Record this year.

“Anyone is welcome to join this initiative and help us set the new record,” said Wong.

This year’s event already attracted drummers from over 60 cities across Canada.

“Achieving a Guinness World Record title is no easy task,” said official adjudicator Michael Empric. “I am excited to adjudicate this record attempt which will see participants performing a drum roll simultaneously online for two minutes.”