Richmond rescue rabbits to be vaccinated

More than 100 rabbits rescued from the Richmond Auto Mall will be vaccinated against a deadly disease on Tuesday.
Apr 23, 2018 3:03 PM By: Richmond News 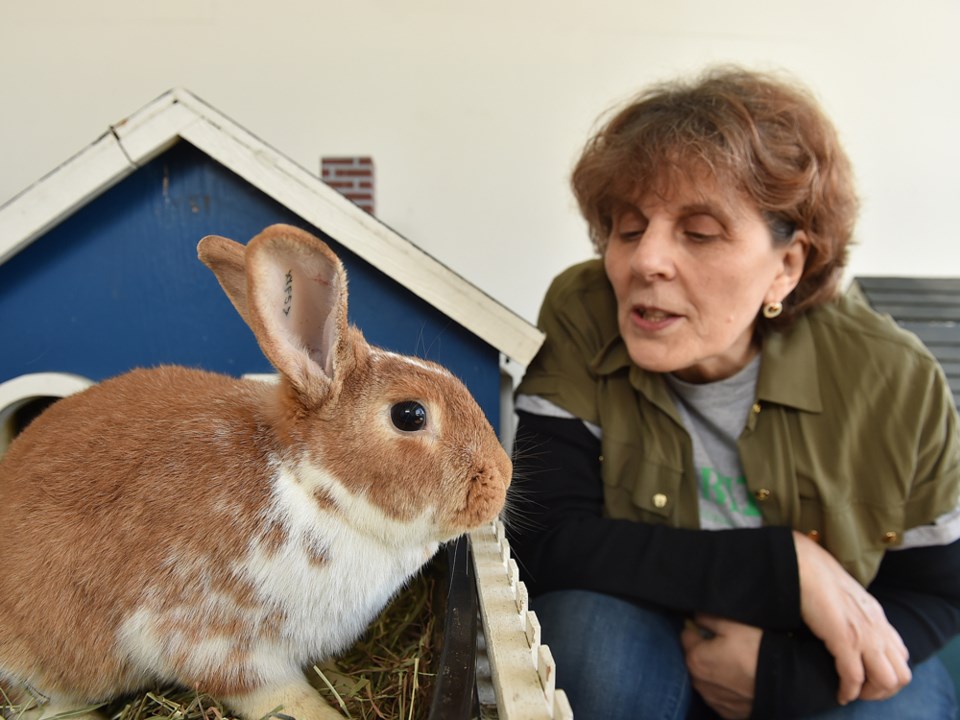 Rabbitats Rescue Society founder Sorelle Saidman with some of the rabbits currently being housed at Urban Pets in Marpole. The society has had to take extra precautions with its rescues after rabbit hemorrhagic disease spread from Vancouver Island to the Lower Mainland. Photo Dan Toulgoet

More than 100 rabbits rescued from the Richmond Auto Mall will be vaccinated against a deadly disease on Tuesday.

The large-scale vaccination follows the spread of the deadly rabbit hemorrhagic disease in the Lower Mainland, which has killed thousands of rabbits according to Rabbitats Rescue Society, the organization administering the vaccine.

In total, 230 rabbits will be vaccinated at a clinic in South Surrey on Tuesday. Besides rabbits rescued from the Richmond Auto Mall, eight rabbits from the organization’s farm, more than 50 rabbits in foster care and more than 41 rabbits in Delta will receive the vaccine.

While the vaccine, Filavac, has not been approved for use in Canada, it has been imported from France under an emergency drug import permit to address the spread of RHD.

Dr. Joseph Martinez, owner of Little Paws Animal Clinic in Steveston is volunteering his time to help Rabbitats administer the vaccines in Surrey.

To date, RHD has been confirmed in Nanaimo, Comox, Courtenay, Parksville, Richmond and on Annacis Island.

RHD is an extremely infectious and lethal disease that causes internal bleeding and organ damage in rabbits.

Most affected rabbits die suddenly, but can show signs of listlessness, lack of co-ordination, changes in behaviour, or trouble breathing before death.

There is often bleeding from the nose at the time of death. Once infected, signs of illness occur quickly, usually within one to nine days.

Pet owners should monitor their rabbits daily for signs of illness, and contact their vet immediately with any concerns.

With files from Alan Campbell