Steveston-Richmond East MP Kenny Chiu has added his voice to those calling on the Canadian government to take a stand against human rights abuses by the Chinese government.
Jul 17, 2020 1:58 PM By: Maria Rantanen 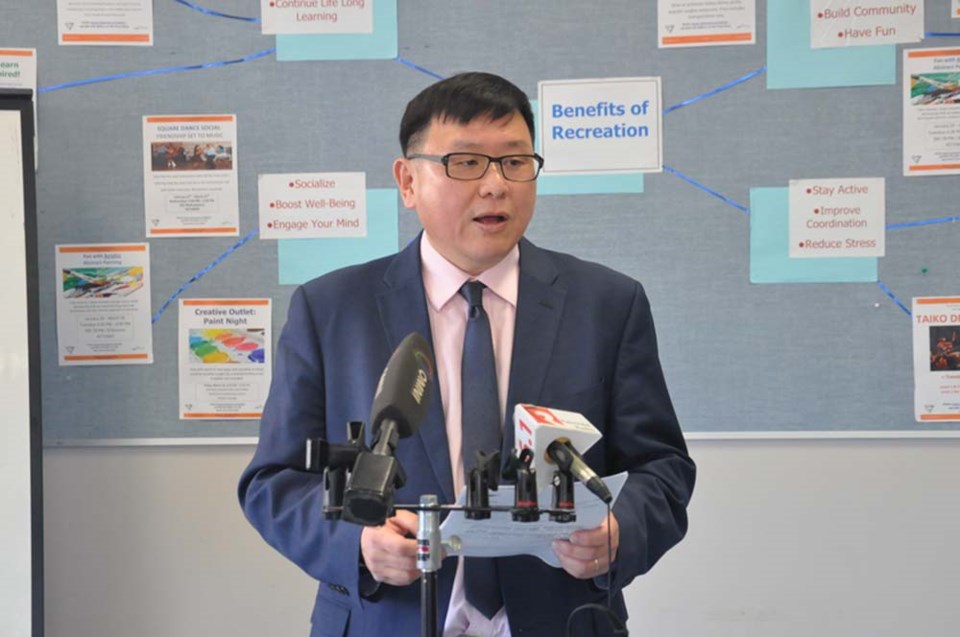 Steveston-Richmond East MP Kenny Chiu has added his voice to those calling on the Canadian government to take a stand against human rights abuses by the Chinese government.

Chiu signed a letter along with several human-rights groups, including the Vancouver Uyghur Association, as well as politicians, telling the Trudeau government to invoke the Justice for Victims of Corrupt Foreign Officials Act against “individuals who are directly responsible for the human rights atrocities happening in Tibet, occupied East Turkestan (Xinjiang), and Hong Kong.”

Chiu said he is especially concerned with the new National Security Law in Hong Kong that could target Canadians living in Hong Kong and it’s time for the Canadian government to take a stand against the Chinese government.

While he was pleased the Canadian government cut its mutual extradition treaty with Hong Kong, he wants the government to go one step further by invoking this act.

“We have the tool – it’s time to exercise it,” Chiu said, adding “It’s a signal that Canada can send to the world.”

Chiu said the “breadth and depth” of the National Security Law goes beyond just “ordinary infringement of human rights.”

Hong Kong’s justice system is largely based on the British system and guarantees freedom of speech. The National Security Law, however, could override this freedom.

The law might put a lot of Canadians living in Hong Kong and Mainland China in “legal limbo” as well as those living outside of China for criticizing the Chinese government, Chiu said.

“There are times for diplomacy and we have been shown it’s not getting us anywhere – the two Michaels are still being arbitrarily incarcerated while Meng Wanzhou is making her dumplings and receiving visitors, even from the Chinese consulate,” Chiu said.

The Canadian Justice for Victims law, passed in 2017, mirrors the Magnitsky Act, an American law that allows the U.S. government to freeze assets of human rights offenders and ban them from entering the country. It was originally signed by Barack Obama to punish Russian officials who were deemed responsible for the death of Sergei Magnitsky, a Russian tax accountant.

Chiu said he doesn’t travel to Hong Kong often, but when he does, he uses his Canadian passport. However, even though he has never had a Chinese passport, the Chinese government has a tendency to view all ethnically Chinese people as its subjects.

“With my more vocal advocacy for the people on behalf of Canadians, I, too, am concerned,” Chiu said.

Chiu also sponsored a 30-day e-petition by Richmond resident Carlo Puche who is calling for sanctions against China because of the passing of the National Security Law. The petition garnered 4,045 electronic signatures.

Chiu said he didn’t support any kind of exchange of Meng Wanzhou for Spavor and Kovrig, although some prominent Canadians recently called on the government to take this action. He believes it would send out the wrong message, that “Canada can be bullied and we would kowtow to hostage diplomacy.”

If the tensions with China keep rising, Chiu expects it to affect the trade relationship between Canada and China.

“It is going to cost us if this is escalated beyond what has already happened with canola, beef and all that,” Chiu said. “But there is always a price to pay to take a stand.”

Chiu pointed out that Australia has stronger economic ties to China but has taken a stronger stance against its government.