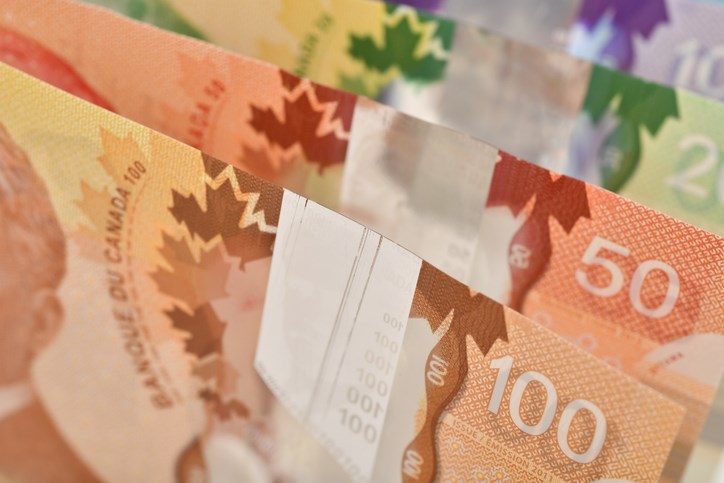 Eligble seniors on OAS and GIS will receive a one-time payment automatically from the government during COVID-19. Photo: Getty Images

The province is seeking public feedback regarding a possible regulatory regime for MSBs following several government and media reports about how organized crime uses them to launder money. (The deadline for feedback has passed but the province is accepting Richmond’s feedback due to “extraordinary circumstances” created by the current pandemic.)

In 2019, there were 66 entities operating 75 MSBs in Richmond – that is, eight per cent of all registered MSBs in Canada were located in Richmond. MSBs are businesses that deal with foreign exchange, money transfers as well as virtual currency.

However, because of ineffective regulation, highlighted in a report by Peter German, they can be exploited for money laundering.

A search by the Richmond News of FINTRAC’s registry showed dozens of MSBs in Richmond, and in at least one case, there were four registered to the same address, co-located with non-financial-related retail businesses, all registered with FINTRAC within a time period of four months.

FINTRAC – the Financial Transactions and Reports Analysis Centre of Canada - monitors and inspects MSBs and can enact punitive action when necessary. The City of Richmond can issue tickets to MSBs if they are running a business without the correct business licence.

Peter German’s report from 2018 “Dirty Money” criticizes FINTRAC’s effectiveness, saying it is “wrapped up in a legal framework that resembles a straitjacket” with the result being “its effectiveness is blunted.”

In a discussion about the city staff report on MSBs, Coun. Carol Day pointed out the report notes how MSBs have been “spectacularly exploited by money laundering and organized crime.”

“It is just shocking that it has gone unchecked for so long,” Day said.

Coun. Linda McPhail called money laundering in Richmond a “stain on our image.”

“In the document they talk about the Vancouver model at the time, but really Richmond was the eye of the storm,” McPhail said.

She added she’d like to see the feedback going to the province to include documentation of how money laundering has impacted Richmond.

After receiving public feedback, the province could create policy and legislation to regulate MSBs, said Mark Corrado, manager of community safety policy and programs with the City of Richmond.

“The outcome could be quite impressive like in Quebec where we’ve seen more rigorous inspection of money service businesses and more of a cooperative environment between FINTRAC regulators and law enforcement,” Corrado said.

The city staff report notes an investigation by Postmedia showed 24 MSBs located in Richmond, Vancouver and the North Shore that were registered in houses and condos or offices of lawyers, accountants or real estate companies, and, furthermore, some that had officially ceased operations were still operating.

German’s report also showed how “white-label ATMs” were being used to launder money, and because they’re not covered by the Bank Act and anyone can own one, they have been exploited by organized crime and money laundering.

Richmond’s suggestions to the province on how a regulatory agency could work include robust licencing, investigative tools, adequate resources for inspections, technology and staff trained in data analytics and intelligence to monitor suspicious activity, education for MSB operators to look for red flags and criminal activity and including white label ATMs and armoured vehicles in the definition of MSBs.