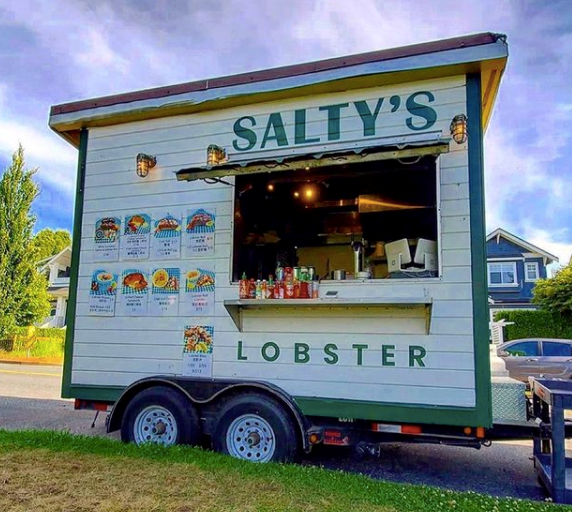 Two food trucks in Steveston will have to find new locations. Instagram photo

Two food trucks in Steveston could have their business licences cancelled following several complaints from the public.

Salty’s Lobster Shack and Shameless Buns Inc. will, however, be allowed to argue their case at a council meeting if council goes ahead with business licence cancellation.

The city is alleging these two food trucks have contravened zoning rules on the lots they’ve been operating on and have been the subject of complaints, according to a city staff report to council.

Bylaws manager Carli Williams nevertheless said the city plans to work with the two operators to see if they can find new places to run their business.

“Should we get their consent and agreement with that, we won’t have to go ahead with the cancellation,” she told council on Monday.

They are two of seven food trucks that have been granted a licence by the City of Richmond to operate on private lots.

The other five haven’t been the subject of complaints, but they are also being asked to find another location within six months.

Changes to the food truck bylaw - supported unanimously by council at Monday's committee meeting - include a requirement to be 100 metres from any other restaurant.

When asked by Coun. Chak Au why these changes are only being considered in Steveston, Williams said the food trucks tend to complement other food services in other areas of the city, for example, in industrial parks where they benefit workers in the area and in malls during peak times.

A survey about food trucks has received 565 responses so far. Preliminary results show 82 per cent of respondents have said food trucks should be subject to regulations while 55 per cent have said they should be located away from brick-and mortar restaurants in Steveston.

The survey on food trucks is open until April 25 and can be found at https://www.letstalkrichmond.ca/stevestonfoodtrucks.