A Richmond-based group is taking Global News to task over an April 30 story which it claims “unfairly portrays” many Chinese Canadians.
Jun 1, 2020 2:09 PM By: Nono Shen,Kirsten Clarke 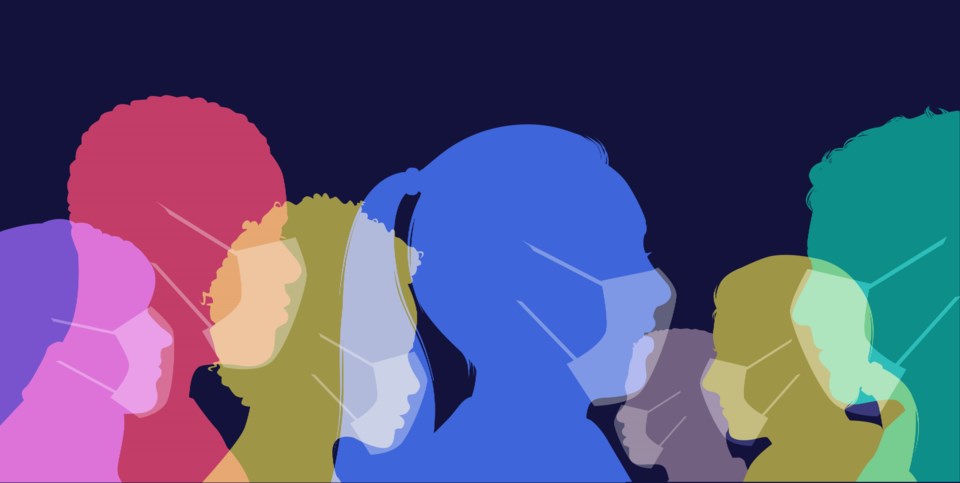 A Richmond-based group is taking Global News to task over an April 30 story which it claims “unfairly portrays” many Chinese Canadians.

The report, titled “United Front groups in Canada helped Beijing stockpile coronavirus safety supplies,” by Sam Cooper details Beijing’s efforts to import personal protective gear to China from Canada and around the globe in the early days of COVID-19.

According to the report, groups connected to the United Front Work Department (UFWD) – an organization that helps promote, and spread the influence of, the Chinese Communist Party – issued a call to buy N95 masks to ship back to China.

Efforts in Vancouver were organized through the consulate and business associations with official ties to the UFWD, according to Cooper’s report.

“The article paints a bad image of a whole group of Chinese Canadians,” according to Ivan Pak, president Maple Leafs Anti-Racism Actions Association (MLARA), the group protesting the news story.

“There are Chinese Canadians who don’t have any ties to China or the government, but now they are being seen as secret agents. And their loyalty to Canada is in question,” said Pak, who ran in Richmond Centre for the People’s Party of Canada in the last federal election. Pak also ran for school trustee with the Parents’ Slate in 2018.

Pak said that the group fully respects freedom of the press and reporters’ efforts to expose a foreign entity's influence in Canada, but the report contains “inaccuracy” that targeted Chinese Canadians.

For example, Pak said, a caption in the article, quoting a sentence from Xinhua, a Chinese state-run media agency, reading “every overseas Chinese is a warrior” is a “mistranslation.”

“There are words like ‘against the pandemic’ missing. We are demanding Global News retract that portion from the article, ” said Pak, adding that his group is now seeking legal advice from lawyers regarding whether they will file a lawsuit against the news outlet.

“Global News is dedicated to accurate and reliable journalism that is in the public interest. We stand by this reporting, which is part of a series on this and related topics surrounding foreign influence in Canadian affairs.

“The quote in question was translated directly from a subtitle within a March 2, 2020 report in Chinese state media. Global News did not intentionally abbreviate the quote and the article transparently attributed it to the applicable source within our coverage,” said the Global News spokesperson.

According to Pak, MLARA was formed after some “concerned” members from the local Chinese Canadian community attended an online meeting, titled “Opposition against Global News discrimination against Chinese.”

Au stressed he is neither a member of the MLARA nor affiliated with the CCP, but he attended the meeting because its participants were local residents.

“This was not a secret meeting – it was open to everyone. I received more than 30 phone calls from people saying the article might create the implication that the local Chinese Canadian community is controlled by a foreign government. People told me they sent masks to China and Hong Kong simply in response to the cry for help.

“After living in Canada for 32 years, this is the first time I feel there is so much fear among the local Chinese community regarding racism, and they are worried that the unbalanced report might fuel racism,” said Au.

Meanwhile, a WeChat group run by a staff member for Digital Governance Minister Joyce Murray “promoted” a crowdsourcing campaign run by MLARA that seeks to raise funds for a lawsuit against Global News and journalist Sam Cooper, according to Vancouver-based local news website, theBreaker.news.

On Tuesday, when asked about it in the House of Commons Tuesday, Prime Minister Justin Trudeau said the post on the WeChat group is “unacceptable.”

“As a party and a government, we value the important work that journalists do right across the country,” he said. “Attacking the integrity of hard-working journalists is absolutely unacceptable.

“The individual who posted this link on the particular group is no longer a member of the group and is not affiliated with the electoral district association in question.”

Pak said his group offered apologies to Minister Joyce Murray and there isn’t any political intent because WeChat is a social media platform that allows everyone to post anything they want.

Opinions split among the local Chinese Canadian community regarding the article

The issue also highlights divisions within the Chinese Canadian community, as some don’t view the report as “racist” and support the Global News story.

Bill Chiu, the founder of Canadians for Reconciliation Society, said there is a lot of confusion in terms of identity within the Chinese Canadian community now.

“Many people don’t know who we are these days. Some people who emigrated from China to Canada might feel lost because they still see themselves as Chinese, so criticism about the CCP makes them feel offended.

“But once you have immigrated to another country, you aren’t Chinese anymore. You are Canadian,” said Chiu, adding that there is no such thing as half-Canadians.