Ready to be Wrong: Take a pledge to let others call out your racism

People can repost an Instagram story from the Born Chinese Instagram page to initiate conversations among their followers about calling out inappropriate comments.
Apr 20, 2021 7:00 AM By: Nono Shen 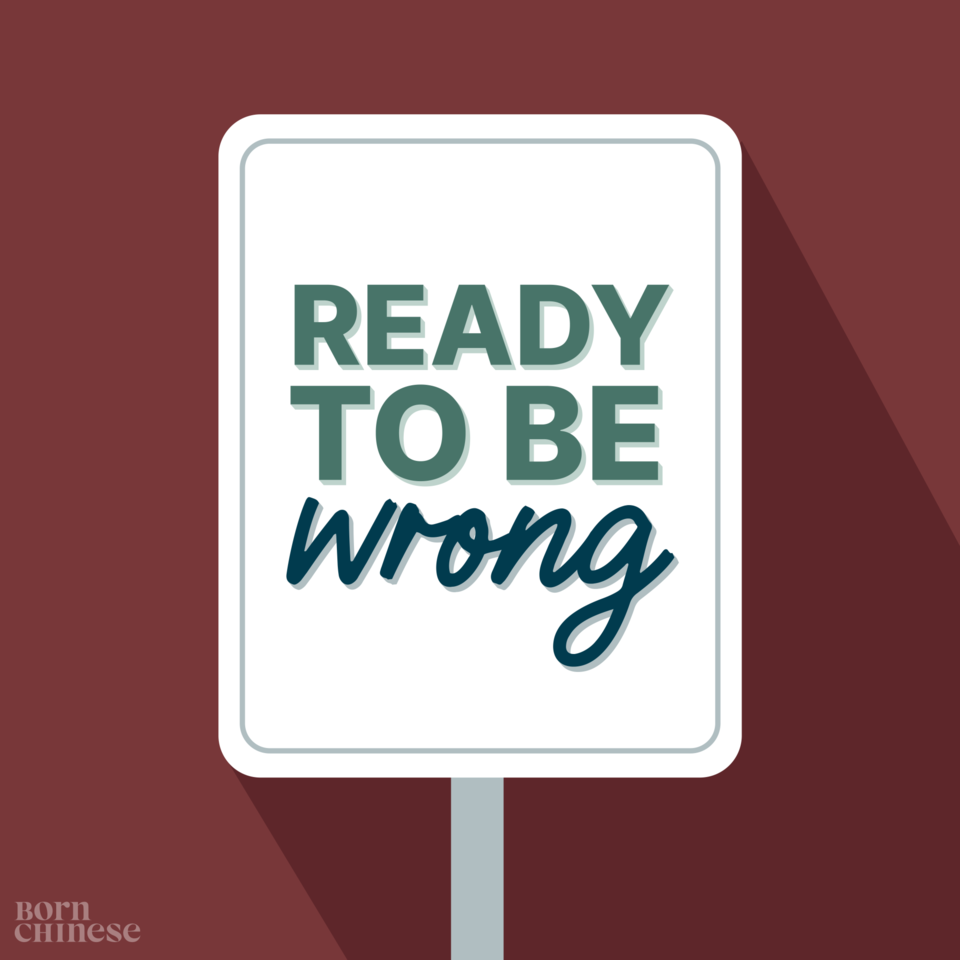 Winnie Woo said some people might not even be aware that their words hurt people, while others might think combatting racism is too daunting a task.Submitted photo

For systemic racism to be rooted out, people who may not view themselves as racists need to see how certain words or behaviors perpetuate stereotypes and inequality.

This, at least, is the thinking behind the “Ready to Wrong” pledge, an initiative which aims to keep the anti-racism conversation going -- even if it’s uncomfortable.

“It’s like putting yourself out there to be told, ‘Hey, remember that one time you said this, that’s not okay. I never called you out for it, but I know you want to do better,’” explained Winnie Woo, who launched the online initiative “Born Chinese.”

“If you want to be an ally, you need to be open to feedback. Will you take the pledge? Repost this on your story to let people know you are committed to having difficult conversations,” reads the pledge.

Woo said some people might not even be aware that their words hurt people, while others might think combatting racism is too daunting a task.

“The conversations might be uncomfortable for some, but they are necessary,” noted Woo, adding that the online post could give people a way to take a small but important step towards confronting racism at its source.

People can repost an Instagram story from the Born Chinese Instagram page to initiate conversations among their followers about calling out inappropriate comments.

Reports of anti-Asian hate crimes to the Vancouver Police Department are up 717 per cent over the past year, and in Richmond a recent post that went viral on social media also shows a troubling alleged assault involving racial slurs at a Steveston coffee shop.

We find ourselves stuck on social media reading horrible stories about racist attacks happening around the world, said Woo. However, no one knows what to do when they face racist incidents, or what they can do to help?

“We want to give those who have committed to making a difference a place to start,” said Woo.

Woo initially worked on the project alone but other like-minded people soon joined her.

But not all the posts on the Born Chinese Instagram page are about racist incidents.

In fact, the page was initially launched as a way to educate more people about Chinese culture, especially those who were born Chinese to make them feel proud of their dual identities, according to Woo.

Some posts feature popular Chinese slang and fun facts about Chinese culture. For example, instead of asking “How are you?” the more common Chinese greeting is “Have you eaten, yet?”

“The platform shares relatable content and it hopes to reinforce the fact that as Canadian-born Chinese or as American-born Chinese, we are just the perfect bond of two cultures,” said Woo.

Followers of the Born Chinese Instagram account were mainly Canadian-born Chinese, but now followers come from different ethnicities. Woo was overwhelmed with heart-warming feedback from colleagues, peers and friends after launching the initiative.

“I want everyone to understand our traditions, our values, our identities, which could inspire more people to learn from each other from different cultural backgrounds,” said Woo.