A real estate development firm has capitalized on the high demand for industrial space in north Richmond by partnering with a Toronto-based investor to close a deal on a coveted property.
Jun 10, 2020 11:00 AM By: Kirsten Clarke 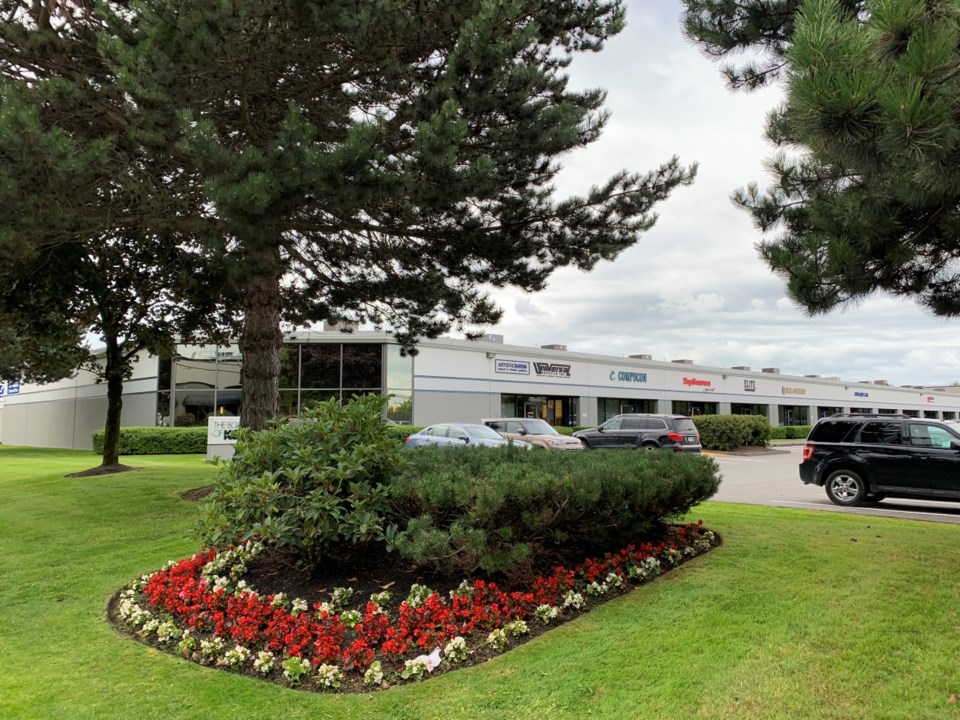 The Viking Way Business Centre in north Richmond has been acquired by PC Urban and KingSett Capital. The deal highlights both the strength of the industrial real estate market despite COVID-19 and a new trend where institutional investors partner with local developers.PC Urban Properties

A real estate development firm has capitalized on the high demand for industrial space in north Richmond by partnering with a Toronto-based investor to close a deal on a coveted property.

The 9.7 acre site – a light industrial business park, on Viking Way near the Knight Street Bridge – is currently fully occupied, and PC Urban says redevelopment plans will be announced in the fall.

“It’s a well-positioned, well-known industrial property in a desired sub-market of Richmond, where there is currently less than one per cent vacancy,” he said, adding that the deal highlights a new trend in the industrial real estate market, where investors partner with local developers.

There’s also been an increased demand for industrial space during COVID-19, said Barnett – something that PC Urban has also seen, at least anecdotally.

“Anecdotal evidence suggests there is a greater need for distribution, warehousing and manufacturing spaces even more so now that the pandemic has highlighted our growing dependence on e-commerce,” said Sawchyn.

“The industrial asset class is poised to continue its upward trajectory due to the increased demand for space and the undersupply in the market, especially for small to medium-sized businesses.”

The partnership between PC Urban and KingSett is a trend that’s likely to continue, said Barnett, as partnering with local developers gives institutional investors like KingSett the chance to access Metro Vancouver’s industrial real estate market.

Metro Vancouver, explained Barnett, is of the “hottest industrial markets, with one of the lowest vacancy rates” in North America.

“It’s so tough to get into our market, especially for people not on the ground here,” he said. “So basically, the local developer will manage the process and get control of the property, and the institution is basically the capital behind it.

“I think we will see more of this in the future, because a lot of the larger institutions, especially ones not in Vancouver, are under-weight in industrial properties in the area.”

And Richmond, said Barnett, is the largest industrial real estate market in Metro Vancouver in terms of square footage, and north Richmond will always be the “superior location for businesses,” especially when compared to its counterpart in south Richmond.

“Due to its location, being where Highway 99 and Highway 91 intersect, its proximity to Vancouver, the airport, the US border, as well as being in close proximity to the SkyTrain…(and) the amount of amenities that are around No. 3 Road,” he said.

Given that, said Barnett, industrial space in north Richmond “will always generally have premium lease and sale price,” when compared to industrial space in south Richmond, centred around the Ironwood area – which has reduced transit access, and is close to the George Massey Tunnel and its associated congestion, he added.

In fact, it’s the delayed replacement of the Massey Tunnel and worsening congestion along the Highway 99 corridor that have caused prices in south Richmond to lag behind, according to PC Urban.

The development firm says that the average net rental rate – what the tenant will pay in rent plus other fees, or operating costs, such as property taxes – in north Richmond has increased by more than 40 per cent between 2017 and 2019.