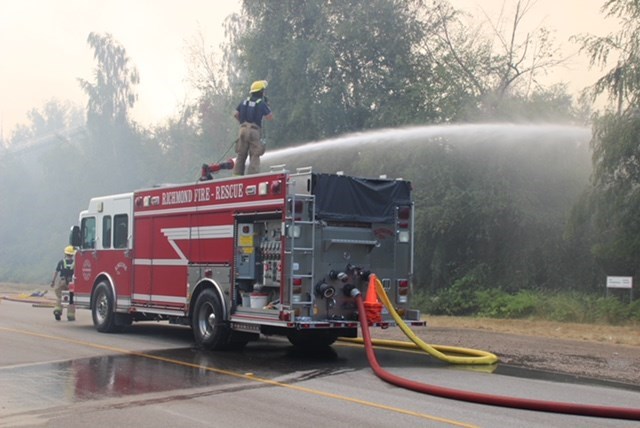 Like many in Richmond, I am surprised and disheartened by the decision of the Department of National Defence (DND) to surround the property across from the neighbouring Garden City lands with steel and barbed wire fencing.

The decision confirms what many already suspect, that  bureaucrats (federal and municipal) make decisions in their own bubble with no regard for public input or consideration of the consequences or ramifications for the general community.

Transforming the property into a prison-like concentration camp speaks to their insensitivity to local conditions and shows a total lack of awareness of the fact they are creating a blight on the landscape not in keeping with the surrounding parkland and open environment.

It would have been far wiser and better for DND to have used their collective brains, and the spare change clinking in their pockets, to clear out the dead and rotting birch and introduce disease and pest resistant trees and shrubs to capture carbon (which would have been consistent with the federal government’s tree planting program and promise to spend $3 billion to manage, conserve and restore the country’s forests, grasslands and wetlands).

DND should be transforming that land into something comparable to what is across the street.

I hope municipal leaders can work with local and federal DND officials to revisit this incongruous decision and that DND will act like good citizens and neighbours rather than foreign invaders with a fortress mentality.

The fencing sends all the wrong signals to the community and exhibits no respect for Richmond as a peaceful and civil community: the Child of the Fraser and Island City by Nature.