On Wednesday, a ground breaking ceremony launched the construction of River Parkway, a new transportation link that will aim to ease traffic flow in Richmond’s City Centre.

The $13.2 million project will extend River Parkway from Gilbert Road, along the old railway to Cambie near No. 3 roads. Completion of the project is expected by early 2020.

“The opening of River Parkway will provide a huge improvement to traffic flow throughout north Richmond,” said Mayor Malcolm Brodie.

“It will provide a great new option for motorists, cyclists and pedestrians travelling to and through the City Centre. It will also facilitate eventual development of the new Lulu Island Park, a major new 37-acre waterfront park along the Middle Arm that will serve residents, workers and tourists within the City Centre.” 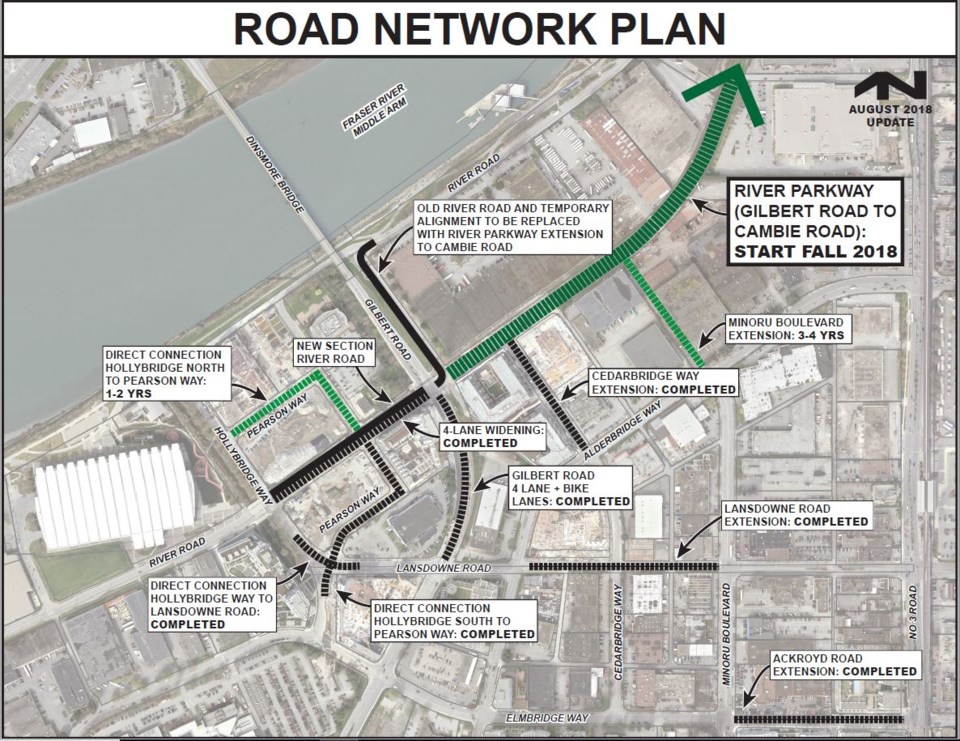 TransLink pitched in $2.55 million to the project, specifically for cycling and pedestrian components of the project. The remainder of the funding was sourced from Roads Development Cost Charges.

“TransLink is proud to support such an important project in the city of Richmond,” said TransLink CEO Kevin Desmond.

“Our mandate is to make it easier for people to get around the region regardless of how they travel. The River Parkway project will build some great new walking and cycling connections, and help people to connect to Canada Line.”

According to the city, the project will begin with a two-lane road and separate, protected bike lanes. Additionally, paved walkways for pedestrians, a signalized connection at Leslie Road, new traffic signals, new streetlights and an off-street multi-use path on Cambie between River and No. 3 roads are all included in the project.

Once completed, a section of River Road running from Gilbert to Cambie roads will be closed for the development of the 37-acre Lulu Island Park.