The increasing number of E-scooters amid the pandemic has brought up safety concerns.
Jun 3, 2021 5:00 PM By: Nono Shen 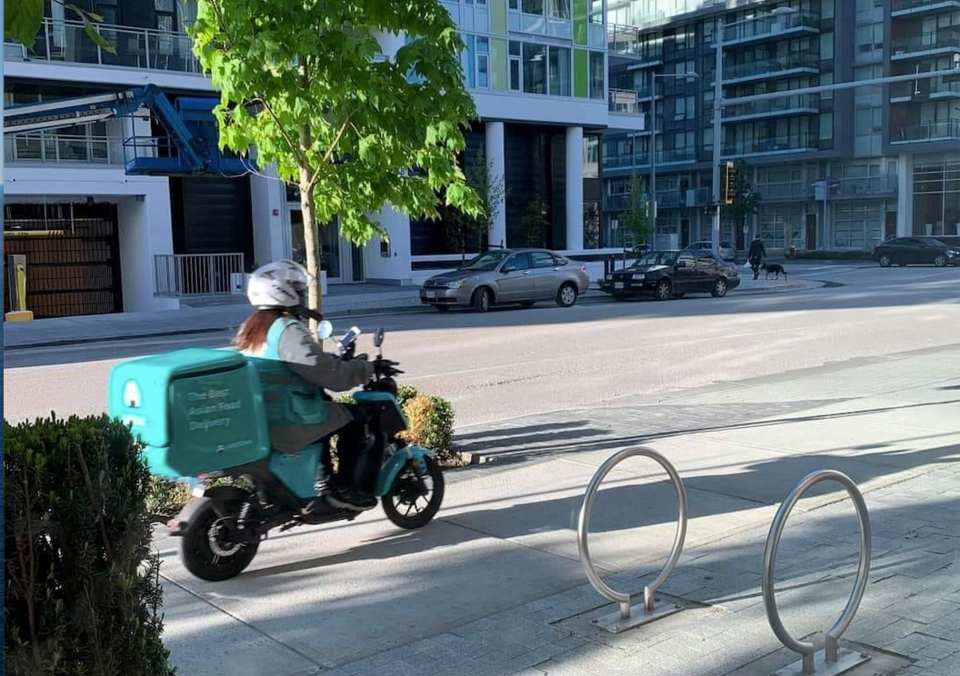 The pandemic may have given a boost to the food delivery industry — but that increase in orders has also brought a whole new level of chaos to local sidewalks, according to some Richmond residents.

Derek Ng, a Richmondite who lives at No. 3 and Saba roads, said it’s only a matter of time before someone is seriously hurt with the number of electric scooters from delivery companies darting among pedestrians on the sidewalks.

“It’s upsetting to see this happening,” said Ng, adding that the scooters are heavy and could inflict some damage if they hit a person — and the drivers are going fast.

“I told them, you shouldn’t ride on the sidewalks, and they would just not talk to me at all.”

He claims the drivers from Fantuan, based in Burnaby, are the worst.

A spokesperson from Fantuan said the company has informed their drivers about the complaints and emphasized the importance of following the rules of the road, which means no driving on sidewalks.

“When the drivers first signed up, we will provide them with guideline of road safety. If they have to get on the sidewalk, they need to walk the bike instead of riding on it.”

The Fantuan spokesperson said they also encourage the public to report any such cases to them at feedback@fantuan.ca.

Arthur Kwong, who lives at Westminster Highway and Cooney Road, agreed with Ng.

He said Fantuan scooters are often on the sidewalks, with drivers failing to shoulder check, jumping between the sidewalk and the roads.

City spokesperson Clay Adams said that, in a nutshell, no bicycles or scooters — manual or electric — are permitted on Richmond’s sidewalks.

However, moving vehicles are generally under the jurisdiction of the RCMP. Ian Henderson, Richmond RCMP spokesperson, said cycling on a sidewalk is an offence under section 183 (2) (a) and carries a fine of $104.