Coronavirus racism Q and A: UBC professor speaks out

A virus is a virus, but humans have a long history of turning their fear of disease into unwarranted panic about people and places.
Feb 25, 2020 10:51 AM By: Richmond News 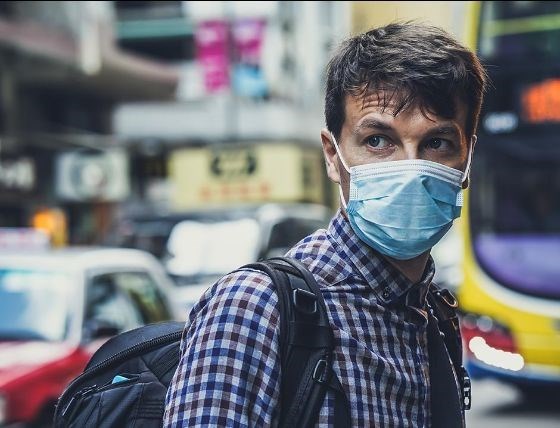 A virus is a virus, but humans have a long history of turning their fear of disease into unwarranted panic about people and places.

Since the novel coronavirus (COVID-19) came into the public eye earlier this year, China - and people of Chinese ethnicity - has been the target of these phobias, given that the virus started there.

So, too, have millions of people around the world who look like they may have once had ancestors there.

This is nothing new, according to Heidi Tworek, an assistant professor of history and member of the Language Sciences Initiative at the University of B.C.

Here is a Q and A with Tworek about the complicated history of race and disease:

How does history help explain the current panic about the novel coronavirus?

When we see a new epidemic emerge, we don’t often think about the long history of imperialist and racist beliefs that diseases emerge from certain places, or that they are deadlier when they come from certain places. One example of that from the 19th century onwards is cholera, which was often called “Asiatic” cholera. That was not because there was necessarily more cholera in Asia—there were lots of cholera epidemics in places like in London and Europe. But the attachment of greater panic to something coming from say, China, has a history going back at least a couple of centuries.

Why do some people have more fear about diseases from certain parts of the world?

The history of empire was always deeply intertwined with histories of race and disease. In the 19th century, when imperialists were worried about diseases coming from colonies back to the colonizing country, they often framed those diseases around the space of the colonies. They saw those places as “more diseased.” Even though we no longer have empire in formal terms, many of those attitudes remain.

How do those associations between place and disease cause harm?

We used to name diseases after people who discovered them, or after places where we thought they originated. This has turned out to be flawed in many ways. For example, one historian named Edith Sheffer has written about Asperger’s disease and how problematic that name is, because Hans Asperger was conducting horrific experiments on children during the Nazi period.

Naming a disease after a place can also be problematic—sometimes because of racism, but sometimes because it obscures where the disease really came from. The flu pandemic of 1918-19 gets named the Spanish flu, but not because of where it originated. The aftermath of the First World War is a time of huge censorship. Spain, however, is neutral. There isn’t much censorship of the press, so the press reports on this flu pandemic. They report that the king has it. Other countries hear about the king getting the flu in Spain, so they call it the Spanish flu. Now there are a couple of theories about its origin, but it seems like it may have come from a military camp in Kansas. So this naming of disease after places can be racist, but also extremely misleading from an epidemiological perspective.

If this has happened before and is still happening now, can we do anything about it?

The first thing is to be aware of this long history, and instead of intuitively panicking against and about certain diseases, just take a step back and ask yourself whether this is an appropriate reaction. The second thing, as I think most doctors would say, is to just think carefully about the statistical probability. The normal flu kills tens of thousands of people every year, and in the weeks since the coronavirus has emerged, will have killed more people around the world than the coronavirus has in China. In some media coverage, the overhyping of dangers is tied to this longer history of worrying much more about novel diseases that come from a place like China. Just being aware of this historical pattern can help people change their attitudes and reactions.