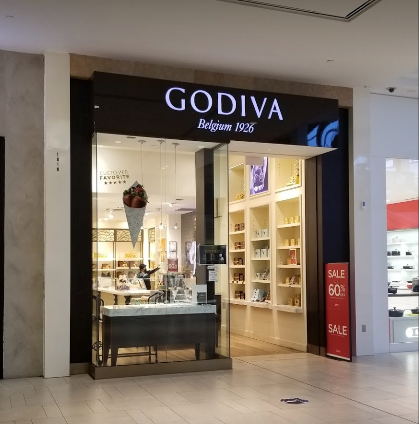 The luxury chocolatier announced its plan to shut down 128 locations across North America by the end of March. Photo via Google Maps

The COVID-19 pandemic has taken a bite out of the luxury chocolate business, with international chocolate giant, Godiva, saying it is closing 11 stores in Canada, including the one at Richmond Centre.

The luxury chocolatier announced its plan to shut down 128 locations across North America by the end of March, including its Richmond and Burnaby stores.

The company declined to say how many people will be out of jobs as a result of this decision. Godiva will maintain retail operations across Europe, the Middle East and China.

The closures mark a reversal from its strategy announced in 2019 to open 2,000 cafe locations worldwide, including more than 400 in North America.

Now, it says it will focus on retail food and pharmacy locations, as well as online services.

It noted that in-person shopping at its own stores has waned because of the pandemic and changes in consumer shopping behaviour.

“Our brick and mortar locations in North America have had a clear purpose since we first opened our doors in this market – to provide an in-person experience for consumers to enjoy the world’s most exquisite chocolates,” said Nurtac Afridi, CEO of Godiva.

-With files from Canadian Press